Disabled vehicles pose a serious risk of injury not only to the operator and occupants, but also to others on the road. That’s why it’s best to maintain a vehicle in basic working order, to avoid potentially dangerous scenarios in the first place. 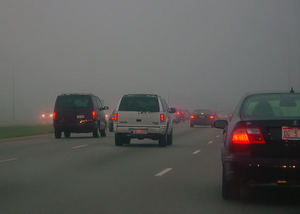 The recent case of Ex parte Quality Carriers, Inc. illustrates what can happen when people in this scenario fail to respond appropriately to minimize the risk.

According to records from the Alabama Supreme Court, which recently weighed a change of venue request from one of the defendants, a tractor-trailer company, the case started with a disabled Ford Crown Victoria in the northbound lanes of Interstate 65 in Autauga County (where Montgomery is located).

It was February 2014, and driver was operating the vehicle with four passengers when the car sputtered out due to some mechanical problems. It was nighttime, so it was dark. The vehicle stalled in the right travel lane. As the driver and the two other male passengers got out of the vehicle to look underneath the hood of the car, none of the vehicle lights were illuminated. The two female passengers remained inside the vehicle.

Meanwhile, a truck driver, operating a tractor-trailer rig owned by defendant carriers, approached the scene. The trucker collided with the back of the stalled car. Both vehicles caught fire. The two young women inside the vehicle were pronounced dead at the scene.

Police later discovered the driver of the vehicle, who along with the two male passengers survived the crash with injuries, was in possession of marijuana at the time of the wreck. At the time the truck accident report was generated, toxicology reports were pending to determine whether he was impaired at the time of the accident.

Administrator of one of the women’s estates filed a lawsuit against the Crown Victoria driver, as well as the truck driver and the motor carrier. Against the passenger vehicle driver, he alleged wanton failure to move his automobile out of the lane of traffic, negligence for failure to control the vehicle and negligence due to impairment at the time of crash. Against the carrier, he alleged negligent entrustment, negligent hiring and negligent supervision. Defendant Crown Victoria driver answered the complaint and filed cross-claims against the trucker and the carrier.

Defendant carrier then filed a motion to transfer the claim from Dallas County to Autauga County, because that’s where the crash occurred, where decedents had resided and where all relevant emergency workers lived. Trial court denied the request, but the state supreme court reversed and granted. Therefore, the case will continue in Autauga County.

This horrific crash underscores the importance of following proper procedure if your vehicle becomes disabled on the highway. State patrol agencies recommend:
–Making it to the shoulder or off-ramp, moving as far to the right as possible;
–If the vehicle breaks down in the middle of traffic and you can’t get to the side of the road, call 911 and wait in your vehicle until assistance arrives to move you safely off the road.
–Put on your emergency flashers or hazards so approaching motorists can see you.
–If you must exit the vehicle, never turn your back to traffic and always maintain and awareness of your surroundings.