Florida has one of the highest boating accident rates in the country, with the most recent data from the Florida Fish & Wildlife Conservation Commission (FWC) reporting 737 reportable accidents in 2015, resulting in 55 deaths and 438 injuries. These incidents resulted in $13.5 million in property damage alone – to say nothing of the pain and suffering, medical expenses, lost wages and loss of consortium that victims incurred.

Because most boating accidents occur due to operator negligence or mechanical failures, victims can often stake a successful claim for recovery of damages. An experienced injury lawyer can help you navigate your options.

Sadly, we saw this tragic scenario play out yet again in a recent airboat crash in the Florida Everglades – just one day after the victim graduated from the University of Miami. According to The Sun Sentinel, vicitm was on the airboat with her parents and sister when the horrific accident occurred. 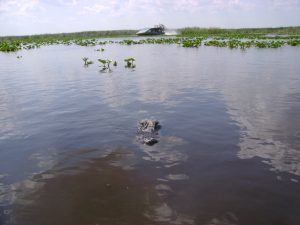 Witnesses say the 22-year-old recent grad was on the airboat when she and four other passengers were thrown clear of the vessel.  She died from her injuries when she landed in the swamp of the wildlife management area.  Her sister was injured and taken to a local hospital, but fortunately her injuries were not considered very serious in nature.

There is currently an investigation into the cause of the crash and who owned the airboat. It has been reported that the fifth person on the airboat, and the only person not be ejected from the boat, has listed job experience as a professional airboat captain.  However, it should be noted that there have been no criminal charges filed, and there have been no formal accusations of negligence as of the time of this article.

As our Fort Lauderdale personal injury lawyers can explain, while there aren’t many airboats in our area, there are a lot of wave runners and other personal watercraft, and these vessels have a lot in common with an airboat, aside from both being boats of some kind.  Most people do not own an airboat, just as they do not own wave runners or jet boats, or parasailing rigs. While it is possible that they own their own equipment, the clear majority of people who come to Fort Lauderdale and use this equipment probably rent it down at the beach.  In the case of a parasailing trip, they don’t rent it, but they pay the operator of the attraction to give them the ride.

While all of these activities can be a lot of fun, they can also result in serious personal injury or death.  Whenever you partake in an activity like this, you are putting a lot of trust in the owner and operator of the attraction.  Factually speaking, you are trusting that they maintain all of their equipment properly, hire only competent staff, and give you proper training to avoid a foreseeable accident.  In legal terms, you are trusting that they will not be negligent.

The elements of negligence are duty, breach, causation, and damages in the vast majority of civil cases.  There are special elements in some cases relating to the standard of care, but these elements are generally present. There is no question they owe you a duty of care, as that is part of their contractual requirement when renting you equipment.

However, one typical issue in these types of cases is that they likely had you sign a waiver before going on the ride or using the equipment.  The good news is that while these waivers seem to be very inclusive, they are often too inclusive and are against public policy and the law, so your attorney may be able to get the waiver voided.

Everglades airboat crash kills woman one day after she graduated from UM, May 16, 2017, By Tony Alanez and Anne Geggis, Sun Sentinel