A number of recent reports of injury caused by bicycle defects have led manufacturers and distributors to recall their products, alerting consumers to possible hazards. 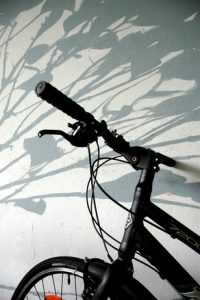 For example, in January, bike manufacturer Trek recalled approximately 800 bicycles and 300 wheels (not including another 160 bikes and 40 wheels sold in Canada) for issues with the front brake caliper. For those who may be unfamiliar, a caliper is the component of the bike that allows for a single pivot side-pull, allowing the bike to reduce speed or stop. In Trek’s case, the front brake caliper can come in contact with a broken spoke, which puts the rider at risk of falling.

More recently, Advanced Sport International recalled 650 bicycles for an issue with the rear wheel freehub, which can reportedly slip while the rider is pedaling, putting the cyclist at risk for falling. A hub is the body at the center of the bike wheel, where the axle is located. A freehub is a kind of bicycle hub that incorporates a ratcheting mechanism.

Consumers in both cases are warned to stop riding their bicycles immediately and contact the distributors to receive free replacements. The Trek bikes retail for anywhere from $1,500 to $1,900 and the ASI Fuji bikes retail for up to $8,000. One would think especially for that kind of money that manufacturers and distributors would be extremely caution about the components they are producing.

Riders often assume that if they are injured in a Fort Lauderdale bicycle accident that didn’t involve any cars, they won’t be able to claim damages. However, that’s not necessarily true when there is a possible case of product liability at issue. Most people don’t consider when they fall that a defective bike or component could have been the problem. But that’s why it’s important, particularly if you’re seriously injured, to have your case examined by an experienced bike injury lawyer.

In general, there are three different kinds of product liability claims that can be brought against bicycle manufacturers and distributors:

There can also sometimes be grounds to assert improper assembly/ repair. This would be a claim that could be brought against a bike shop or bike repair shop for not properly putting the bike together or fixing it, resulting in a dangerous condition that causes injury.

These claims could be filed in addition to those against drivers of motor vehicles, if that is applicable to the facts of your case.

If you are involved in a bicycle accident that results in serious injury, it’s important to receive immediate medical attention firstly. It’s important thereafter to discuss the possibility of a claim with an injury lawyer. Our firm offers free consultations to those curious about whether they may have a valid injury claim.