The Florida Highway Patrol is starting a new effort to solve hit-and-run crash cases and compel drivers involved in collisions to remain on scene. 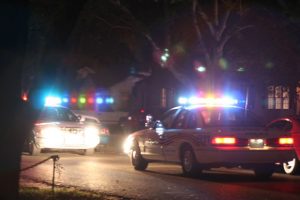 It’s a major problem in the Sunshine State, where more than 99,000 hit-and-run accidents were reported just last year. That is fully one quarter of the total number of crashes, law enforcement officials say. Yet it only accounted for 15,900 of the charges filed last year. Mostly, that’s because the at-fault driver(s) took off and were never found.

FHP officials call these figures, “alarming.” Still, there is no statewide database on these crashes. The FHP is setting out to change that, with the hope that unifying all existing databases will help authorities better track these incidents, which could help to solve them and ultimately serve as a deterrent to would-be offenders.

Authorities say at this point, drivers face little or no consequence if they don’t remain on scene, so they have incentive to take off. It is the case, however, that if a driver flees a fatal hit-and-run, they will serve a minimum mandatory four years in prison – the same as one would serve for DUI manslaughter. That law was changed only a couple years ago to strip away the incentive for drunk drivers to flee the scene of serious crashes. The crime is a first-degree felony, and can be punished by up to 30 years in prison and a $10,000 fine.

Clearly, though, it remains a major problem.

Recently in Davie, an 80-year-old woman and her dog were killed and another woman, 61, was injured by an alleged hit-and-run driver struck them on South Pine Island Road as they stood in the bike lane with a dog on a leash in their 55-and-over. The driver of the vehicle never stopped. The woman who survived suffered two broken bones in her spine. Witnesses say the driver appeared to have been a white male in his 50s wearing glasses and accompanied by a female passenger.

In another case, the parents of a 6-year-old killed in Miramar four years ago are still seeking answers after he died in a hit-and-run crash. He had just gotten a Happy Meal from a local McDonald’s and was following a relative across a street when the driver struck him. The child landed on the roof of the car before it sped away. Numerous people called 911, but the driver was never found.

Our Broward car accident injury lawyers know these cases leave families reeling, and often unsure of their next legal step. In many cases, filing a claim for uninsured motorist coverage is the best way to help recover financially for medical bills, lost wages and wrongful death. UM is auto insurance coverage that covers the victim in the event of a crash with a driver who is either:

Hit-and-run crashes would be included in applicable scenarios.