A slip-and-fall injury lawsuit out of Kentucky has just made its second trip to the state supreme court, with justices ruling the appeals court failed to consider the state’s “recent attempts to modernize” the open and obvious doctrine. Specifically, the state high court has issued a series of rulings in recent years that align with a newer philosophy on the doctrine that considers comparative negligence. 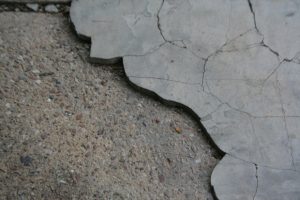 The case is illustrative of the fact that the law, while often viewed as concrete and unyielding, is actually fluid and constantly evolving. Your personal injury attorney must be abreast of all these developments. And while the Kentucky Supreme Court decision doesn’t directly impact those in Florida, it’s important to note that state high courts often review the decisions of their sister courts when considering similar issues.

To understand this ruling, we must first outline the two key legal theories at issue: The Open and Obvious Doctrine and Comparative Negligence.

Comparative negligence, sometimes referred to as contributory negligence or comparative fault (though there are some technical legal differences among these), is a partial legal defense that lowers the amount of damages a plaintiff in a personal injury lawsuit can be awarded by claiming the plaintiff’s own wrongdoing caused or contributed to the injuries in question.

The open and obvious doctrine asserts a type of comparative negligence specific to premises liability claims (those that pertain to property owners and managers). The crux of it is basically that while a property owner or possessor owes a duty of reasonable care to protect invitees from an unreasonable risk of harm, there is an exception when the alleged risk is “open and obvious.” The idea is that the open and obvious nature of the danger serves as a warning for the invitee to recognize the possible risk and protect themselves against it.

In the case before the court, a gas station patron was returning to her vehicle after purchasing a hot coffee when she tripped over an eroded patch of asphalt in the driveway between two parallel gas pump islands and fell. She suffered a broken ankle, a twisted knee and burns from spilling the coffee. Her recuperation was extensive, and she relied on her husband for both personal assistance and household maintenance. As a result of the fall, she continues to suffer pain, can no longer wear high heels, ride recreational vehicles or go dancing. Although her medical bills equaled less than $6,000, her loss of life enjoyment was significant.

She and her husband sued the gas station and manager for slip-and-fall premises liability.

On appeal, the court reversed and remanded for entry of judgment in favor of defense, arguing the open and obvious doctrine should be applied. Plaintiff sought review from the state supreme court, which granted and ordered the appeals court to reconsider in light of recent attempts not to shut out plaintiffs from collecting damages just because they may have been contributorily negligent. The appeals court held its ground and affirmed, and the state supreme court reversed.

The court remanded the case back to the trial court with an order to weigh plaintiff’s contributory negligence, but not use it as a bar for recovery of damages.