Motorcycle accidents often leave operators and passengers suffering serious injury, facing huge medical bills and the inability to work for an extended period of time. Even so, the last thing many want to do is sue a friend or loved one. What you need to understand is that while you may need to bring a claim against your friend or family member, it’s not them who pays compensation for your injuries. It’s the insurer(s). 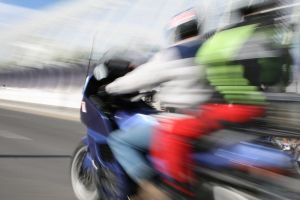 These cases are not unheard of, and in fact, are quite common. (If you think about it, as a passenger, with whom are you most likely to be riding? Not a stranger, but probably someone who is or once was close to you.) In a recent motorcycle accident case in New Jersey, the ex-girlfriend of a state assemblyman filed a lawsuit against him, alleging his negligence in exceeding the speed limit resulted in his losing control of the motorcycle when the pair approached stopped traffic ahead. Defendant told the local Daily Journal newspaper that allegation was untrue because there had been no citation issued. (This is not exactly true, however, because an investigating officer’s decision to cite or not for a traffic violation is not the final word on whether someone was negligent in a personal injury lawsuit; that call is made by the court.) Cases involving exes may be a bit more adversarial than others, but nonetheless generally do not involve plaintiff seeking direct compensation from defendant.

The reason defendants are named is because plaintiffs can’t directly sue insurers. They must file a claim for damages against the person who is actually negligent, and then obtain compensation from the entity required to indemnify/ cover those losses on behalf of the defendant.

Florida motorcycle crash cases are a bit unique for the fact that unlike operators of passenger cars, motorcyclists are not required under Florida’s no-fault auto insurance law to purchase personal injury protection (PIP) benefits (though it is strongly recommended). This would typically provide up to $10,000 in coverage for medical bills and wage loss, after which one who meets the serious injury threshold required to step outside the no-fault system could then seek bodily injury liability coverage from defendant’s insurer. PIP usually extends not just to the insured, but any resident relatives (related by blood or marriage), passengers at the time of the crash and non-occupants, such as bicyclists and pedestrians. However, motorcycle operators, even those who have PIP benefits on another owned vehicle, are  specifically excluded from PIP coverage bylaw.

Passengers though may have still several options for obtaining compensation for serious injuries. Fort Lauderdale motorcycle accident lawyers know each case will be different, but in general, such compensation may include:

Your own health insurance. This should cover reasonable, necessary medical expenses you incur as a result of the crash.

Finally, you shouldn’t worry too much either about whether a successful claim of negligence will increase the rider’s insurance premium. Keep in mind though, if the person operating a motorcycle was partly or wholly responsible for the crash, his or her insurance rates are going to spike whether you pursue a claim or not.