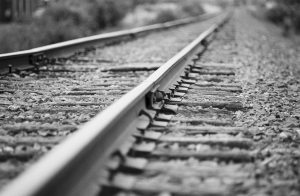 The case is worth noting for the fact that this is one of those errors that could potentially happen to either attorney in this case, and there are so many technicalities can impact the outcome. That’s why it’s so important to have an eagle-eyed personal injury attorney in Fort Lauderdale working on your behalf.

The controversy in question involved the process of voir dire as it related to a single juror. It’s standard during the voir dire (jury selection) process for both the plaintiff and defense attorneys to ask a series of questions following a self-filled questionnaire that allow attorneys the opportunity to ascertain which jurors they wish to “strike.” There need not necessarily be a stated reason, but attorneys will tend to strike a juror if they have background history that the legal team feels may prejudice that person against giving their side a favorable outcome. Here, jurors were asked about their motor vehicle accident history and whether they had ever been involved in civil litigation for personal injury or wrongful death. This particular juror answered in the negative to both, but as it later turned out, she had been the successful plaintiff in a prior wrongful death accident lawsuit, from which she received a damage award from an auto insurance carrier. This fact wasn’t initially uncovered in the defense background check because the juror’s name was misspelled by the clerk in a typo – an error the juror came forth herself to correct. The correct spelling was also handwritten on her questionnaire. Defense attorneys had adequate prior notice of this correction during the voir dire process, the Missouri Supreme Court ruled.

The facts of this case as described in court records are that plaintiff sued the railroad company for the wrongful death of her husband at a railroad crossing car accident when a train struck his pickup truck in 2012. Plaintiff alleged the railroad company was negligent in failing to trim the vegetation around the non-signaled crossing, which prevented decedent from seeing the approaching train, resulting in his death. Plaintiff also pursued damages on the legal theory of respondeat superior (Latin for “let the master answer”), after alleging crew members of the train should have seen the truck on the tracks as they approached because they were seated at a higher vantage point.

The case went to a jury in mid-2015, with a jury deciding the case in plaintiff’s favor, assessing 15 percent fault to the train crew (for which their employer was liable), 5 percent fault to decedent and 80 percent to the railroad company for negligence.

The Federal Railroad Administration’s Office of Safety Analysis reports in 2017, there were 2,105 railroad crossing accidents nationally, resulting in 274 deaths and 807 injuries.