Florida is somewhat unique when it comes to slip-and-fall cases (compared to other states and compared to other premises liability action here in Florida). Thanks to a 2010 move by the legislature (backed heavily by corporate lobbyists), people suing for slip-and-fall in Florida must prove not only that there was a transitory foreign substance on the floor of a business that caused a fall that resulted in injuries. They must also show, per F.S. 768.0755, that the property owner had actual or constructive knowledge of the substance. 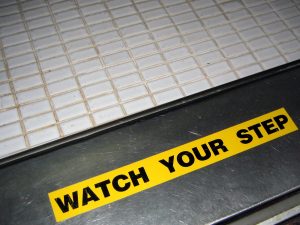 Actual knowledge would be if the property owner/ controller created the mess or was directly informed of it. Constructive knowledge can be established with circumstantial evidence that shows the slippery condition had either lasted for a long enough time the property owner should have discovered it in the course of using ordinary care OR that it occurred with regularity and was therefore foreseeable.

This can be challenging, which is why the injury attorney you choose should be highly skilled and experienced with a track record of success in these cases in the last eight years since the law changed.

Recently in Miami, Florida’s Third District Court of Appeals affirmed a summary judgment in favor of retail giant Costco in a lawsuit alleging slip-and-fall injury in front of one of its stores. The case failed for plaintiff on the issue of knowledge.

According to court records, plaintiff went to the store at the request of her neighbor, who was a member. Plaintiff had never been to the site before. When she got there, her neighbor went to get a card while plaintiff began walking toward the entrance. As she was walking, plaintiff felt her right leg move out from underneath her and she fell directly onto her right knee. She screamed out in pain and a small crowd gathered round. A Costco employee assisted her until an ambulance arrived. She suffered a broken kneecap and later sued the store for liability.

However, Costco moved for summary judgment because there wasn’t any genuine issue of material fact about the company’s actual or constructive knowledge of the slippery substance on the floor. Trial Court agreed. The 3rd DCA affirmed on appeal.

Plaintiff argued the trial court erred by entering an order without elaborating on it and by granting the store’s request for summary judgment based solely on her own testimony.

As to the unelaborated order, the appellate court stated that while it may be preferable for a trial judge to specify the reasons for granting or denying a summary judgement, there is no rule or prior decision requiring they do so. As to the second issue, the court found there was no genuine issue of material fact about on one or more of the elements of negligence (i.e., a duty of care owed, a breach of duty, a causal connection between breach and injury and resulting damages.

Normally, the duties of a business to invitees is to take ordinary and reasonable care to keep the property reasonably safe for invitees and secondly to warn of dangers that were known or should have been known to the owner of which the invitee could not discovered. The 2010 slip-and-fall statute modifies the duty of a business when an invitee is injured by slipping in a transitory foreign substance. The clear intent of it was to shift the burden of proof in constructive knowledge negligence actions fully onto the plaintiff. In other words, the mere presence of water on the floor isn’t enough to establish constructive notice.

In this case, there was reportedly no dispute about the store’s actual or constructive notice about the liquid. Plaintiff stated she did not see any store employees around the liquid or by the entrance before or when she fell. It was not raining, the slip happened under an overhang in front of the entrance. She didn’t see the liquid on the floor before she fell and didn’t know what it was other than that it was wet. She had no idea how long it had been there and she saw no evidence someone had slipped in the same place prior to her fall. The appellate court ruled that absent any additional facts suggesting the liquid was there for an extended period of time or that this happened routinely, trial court properly granted summary judgment in favor of defendant.