Approximately 15 million Americans have food allergies, according to Food Allergy Research & Education, Inc., which further notes this potentially deadly condition affects 1 in 13 children under 18 (or two in every classroom). Approximately 90 percent of these allergies stem from milk, eggs, peanuts, tree nuts, fish, wheat, soy and shellfish. Every three minutes, someone is rushed to an emergency department due to a food allergy reaction. 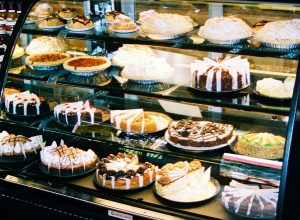 Food manufacturers, processors and distributors (including grocers, restaurants and schools) may be liable for a patron or consumer’s allergic reaction to food in a variety of circumstances. It’s not expected that these providers will be able to protect consumers from all harm. In general, in order to prove these entities were negligent, the plaintiff will have to show the manufacturer/ business breached a duty of care that caused the customer damage. There is no recognized duty that requires exclusion of all allergens in food products or to shield all consumers from potential allergic reactions.

That said, manufacturers, restaurants and other distributors may have a duty to warn customers about allergens, per the Food Allergen Labeling and Consumer Protection Act of 2004. It’s the duty of a food allergic consumer (and/ or the parents) to avoid those allergens. However, providers need to list the common name of major food allergens in their listed ingredients (i.e., “whey” needs to be listed as “milk” or “lecithin” as “soy”). Alternatively, companies can indicate the product “contains” or “may contain” certain potentially allergic ingredients, which must be listed. Those companies that don’t label major allergens or do so inadequately can have their products subject to recall, and could be liable if someone suffers a severe reaction as a result of relying on that inadequate label or incorrect label.

Recently in North Carolina, the state appellate court considered a claim of damages for personal injuries suffered by their daughter at a local chain restaurant, where she consumed a cheesecake that had nuts in it – despite her severe allergy.

Plaintiffs say their daughter became violently ill after consuming the cheesecake with nuts and had to be hospitalized. In such a case, plaintiffs may pursue damages for the cost of hospital bills as well as for pain and suffering and mental anguish.

The issue of liability hasn’t yet been litigated at trial, because the parties are still trying to hammer out the proper venue. Defense was granted a motion to transfer the case to the county where its corporate offices are located. However, on appeal, plaintiff argued they lived in another county, where also defendant conducts business. The appellate court reversed and remanded, finding the county where plaintiff filed the case was one of what could have been several proper venues for the lawsuit. Now the matter will continue to trial, unless both sides agree to settle before then.

Based on the facts that have been presented so far, it does seem plaintiff has a strong claim for damages based on a theory of failure to provide adequate warning. Plaintiff informed the restaurant of a severe nut allergy, was told the dessert had no nuts and a mistake by defendant’s employee resulted in serious harm to plaintiff’s daughter. Even though such actions may be unintentional, the company may be held liable for an employee’s action under the doctrine of respondeat superior, which is Latin for, “let the master answer.” In other words, even if the restaurant had all proper policies and procedures in place, it could still be made to answer for the negligence of an employee.