When you watch the news on television or look at the news feeder on Facebook or you smart phone, you tend to read about a lot of car accidents.  If you are involved in one, you would say that you were in an “accident.” You might have an injury as a result of this accident, and you would look for an experienced Broward County car accident attorney. 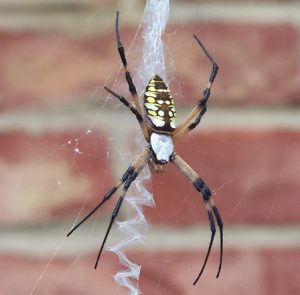 There is nothing wrong with the term accident and its use in the English language. But in our legal system, what we are really dealing with is probably not an accident. In a legal sense, where you file a personal injury claim or lawsuit, it would technically be more appropriate to say you were in a car crash.

A tort is the legal term for a civil wrong for which the law provides a remedy. This is a definition that comes from a legal treatise that is known as the restatement of torts.  A wrong is always somebody else’s fault.  There are two general types of wrongs.  There are intentional torts, such as assault and battery, and there are negligent torts.  If the car crash was someone else’s fault, you could file a negligence case.  If the car accident was the result of someone intentionally injuring you, this would be the basis to file a personal injury lawsuit.  However, if the accident was truly an accident that was nobody’s fault, you might not have a valid case. However, it does happen from time to time.

According to recent news report from the Miami Herald, a woman was driving her car when she noticed a large spider coming down on a web in front of her face and then landed on her body.  This caused her to “freak out” and crash the car into a concrete utility pole.  As those who live in Florida have seen, we have those very large concrete utility poles that are designed to withstand a hurricane, unlike the much smaller wooden poles used elsewhere.

Fortunately, there were no injuries as a result of this accident, and the police spokesperson tweeted the driver’s claim that the accident was the fault of a spider and used the hashtag “Not #itsybitsy.”

Had someone been injured, there would be a question as to whether this driver was negligent or if this was an actual example of an accident that was nobody else’s fault.  To answer this question, we would need to look at the negligence standard.  This is when a person who owes a duty of care fails to act as a reasonable and prudent and person so as to avoid foreseeable injuries to foreseeable persons and property.  This would likely be a case for a jury to decide, should such a case get so far.

A large spider, a car and a freaked-out driver. It didn’t end well, June 13, 2017, By Brooke Henderson, Miami Herald