Social media has become such an integrated part of our everyday lives, it’s hard to believe it Facebook first launched in 2004, becoming open to the general public in 2006. Today it has 1.3 billion users. Twitter, which also launched in 2006, has more than 100 million users who post 350 million tweets daily. Instagram, used by 500 million people, didn’t get its start until late 2010. 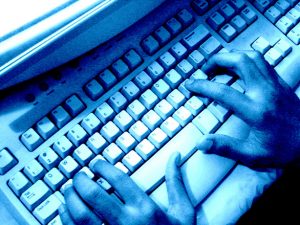 For many, it’s second nature to share random thoughts, photos, songs and more. We get into heated online debates and there are hundreds of thousands of “groups” to connect with those who share our interests. All of this can seem pretty benign. However, it has come to matter a great deal in our justice system. Specifically with regard to Florida personal injury lawsuits, you should know that anything you post – even if self-destructing or deleted – may come up in your case. Forensic investigators can usually recover transient data and use it in later court proceedings, sometimes becoming critical pieces of evidence in proving or disproving some material issue.

Although it might seem harmless to engage on these platforms, you must be careful not to post anything you wouldn’t want displayed and analyzed in a courtroom. Defendants in personal injury cases can use it not only to challenge the actual facts of the incident (if you post or share anything that runs counter to your previous testimony), they may argue your damages aren’t as significant as you allege. For example, if you’re seeking substantial damages for pain and suffering, but your social media pages are peppered with happy, smiling, action-shot photos, this could be used to show you aren’t actually suffering as much as you say. This is regardless of the fact that, of course, we all present our best selves on these platforms.

If the post is already there and the defense has sought production of it in the discovery phase of your case, an experienced Fort Lauderdale injury attorney can help is to challenge the admissibility of that evidence. Although Florida rules on this front is relatively new, given the age of these platforms (the Florida Evidence Code lacks any reference to social media posts or text messages), we do have the traditional evidentiary principles which are generally applied to these cases. And numerous legal scholars, including those quoted by the Florida Bar Association, have concluded that may be enough.

Relevant evidence is that which tends to prove or disprove a material (key) fact. However, it must also have probative value that is not substantially outweighed by a danger of confusing issues, misleading jurors or unfair prejudice.

In a 2014 ruling by the Second District Court of Appeal (Root v. Balfour Beatty Const. LLC), the court considered whether a lower court was wrong to compel a plaintiff (alleging loss of consortium owing to serious injury to her 3-year-old son) to allow access to electronically-stored information regarding her mental health, alcohol use and relationships with family members. The appellate court quashed the trial court’s ruling, finding the order was overly broad, but still noted that trial courts nationally have concluded time and again that social media evidence is discoverable.

As far as authenticity, because it’s fairly easy to impersonate someone on social media platforms, one needs to present evidence beyond just a person’s name on an account. This could mean (as noted in the U.S. v. Barnes case) a finding that messages or posts matched your method of communication. It does not require conclusive proof of authenticity to be admitted; evidence to the contrary could be presented to allow the jury to decide whether the information is credible.

Hearsay exceptions are outlined in F.S. 90.803. Some digital evidence, such as photos or silent video, may not constitute hearsay because they aren’t statements. However, admissions of a party opponent are typically admissible.

It’s the goal of our attorneys not only help you win your case, but also to protect your privacy. Trust our team to help you through this process.

A Prolific Landscape: The Admissibility of Social Media Postings, by Bronwyn Miller and Brian Barakat, April 2018, The Florida Bar Journal