Motorcycling was just one of the many things original plaintiff in State Farm v. Earl used to love. He also greatly enjoyed fishing, hunting, playing in a local men’s basketball league and playing with his grandchildren. He also co-owned a small construction business, offering custom excavating and sewer services. 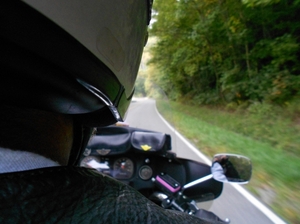 But all that changed in September 2008. While he was operating his motorcycle along I-65 in Indiana, a tractor-trailer entered his lane. He was forced into the median and thrown from his motorcycle at an estimated speed of 65 miles-per-hour. It did not look good at first. His injuries were extensive, including numerous bones that were crushed and fractured. His left lung collapsed, his liver was lacerated and he suffered a blood clot in his left leg that could have been fatal. In fact, the trauma team that treated him noted most people don’t survive that kind of crash. This one did, but the recovery was long.

Despite the seriousness of the crash, the driver of that tractor-trailer did not stop and was never identified. This left motorcyclist with few options for recovery of damages for medical bills, lost wages and pain and suffering. In addition to personal injury protection benefits, he and his wife had an uninsured motorist coverage plan.

Fort Lauderdale motorcycle accident lawyers can explain this type of coverage more thoroughly, but essentially, it is an optional form of insurance drivers can purchase to cover them if an at-fault driver in a crash does not have insurance, doesn’t have enough insurance to cover the full extent of damages or is never identified (as in this case).

Still, as many insureds have discovered, insurance companies aren’t always eager to pay what is due, even when claims are clearly legitimate and injuries are serious. Often, injured persons must consult with an attorney in order to fight for a claim to be paid.

That’s what happened here. Although plaintiff made strides toward recovery, he lived in constant pain and he was never able to return to work again full-time. This also affected his relationship with his wife (who later was named plaintiff as executrix of his estate after the accident victim died of unrelated causes).

The couple had an uninsured motorist coverage policy that allowed for $250,000 per person and $500,000 per accident. Plaintiff made a claim to collect the policy limits, but the insurance company refused to pay. He filed a lawsuit, with his wife adding a claim for loss of consortium.

After he died and his wife was named plaintiff, the insurer admitted liability, but the only issue was damages. The case went to trial. The insurer moved to exclude all evidence of the coverage limit, arguing it was irrelevant to damages. Trial court denied this motion.

Insurer appealed, arguing abuse of discretion in allowing the coverage limit to be entered into evidence because it unfairly prejudiced the jury. A divided appeals court agreed, reversed and remanded. However, the Indiana Supreme Court again reversed, reinstating the trial court’s verdict.

The court ruled even improperly introduced evidence that may be inadmissible is not necessarily a basis for a reversal of a verdict unless appealing party can show the mistake was clearly prejudicial. But here, the court did not find that introduction of that evidence was wrongful in the first place. The court was careful to say that coverage limits aren’t always admissible as evidence, but it was not error to do so in this case.