Increasingly, anyone who engages in an activity with the slightest risk is being asked to sign a waiver of liability. Many people barely read the language and hardly understand what rights they are signing away. The fact is, they are forgoing the right to take legal action against the owner/organizer/manufacturer – even in the event that negligence on the part of those entities resulted in a personal injury. 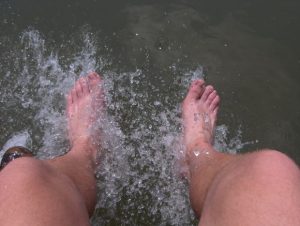 But even with the presence of a valid waiver (and not all of them are valid, for a myriad of reasons), not even the most careful language in such a contract can sign away rights to legal action for gross negligence. This is a step above and beyond simple negligence, which is merely the absence of reasonable care. Gross negligence is the voluntary and conscious disregard for the need to use reasonable care.

A recent case out of New Jersey, Steinberg v. Sahara Sam’s, illustrates how evidence of gross negligence can help injured victims fight for compensation, despite the presence of a waiver. The case was recently considered by the New Jersey Supreme Court.

The incident in question happened in April 2010 on a surfboard simulator at an indoor water park. Guests had the option to either lie down flat on the bodyboard or stand on the “flowboard,” which sort of looks like a smaller surfboard. If a rider is standing up, an employee holds one end of the rope while the rider holds the other to assist with balance.

Plaintiff and his kids first tried to get on the ride before they had signed the liability waiver, but they were turned away. They came back after signing it and were granted access.

What the plaintiff did not know was that a year earlier, before the park opened to the public, the company’s corporate training designee instructed workers on the safe operation of the ride using the manufacturer’s 2008 manual. This manual differed from the 2007 manual, from when the machine was originally built. The 2008 manual indicated first-time riders should lay down on the board – not stand up. Further, the manual indicated that employees were supposed to tell riders they shouldn’t wrap the rope around their wrists or hold the rope with two hands because that would result in greater risk of injury.

When plaintiff approached the ride, the manufacturer signage from 2007 was displayed – not the updated signage from 2008, which plaintiff now says was crucial because the older sign failed to put him on notice as to the gravity of danger and precautions he needed to take to avoid injury as a first-time rider. He says he was not told it was better to lie down. Neither was he instructed not to wrap the rope around his wrists, which he did. Seconds after the flowboard was released on the water, he fell off head-first, hitting his head on the bottom of the surface, resulting in a spinal cord injury that rendered the geriatric psychologist an incomplete paraplegic. After undergoing emergency spinal fusion surgery and extensive rehabilitation, he regained the ability to walk without assistance.

After he filed his personal injury lawsuit, two lower courts ruled the waiver of liability plaintiff signed and the warnings he received were adequate, and barred his lawsuit. The New Jersey Supreme Court, however, reversed. The court sided with the appellate judge’s dissent, which held that when the facts are viewed in the light most favorable to the plaintiff (as is done early on in the case for purposes of summary judgment), there was sufficient evidence to indicate there may have been gross negligence, such as would overcome the prohibition on litigation wrought by the liability waiver.