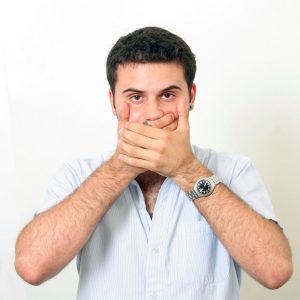 Fort Lauderdale DUI injury lawyers can use this to their advantage in drunk driving civil litigation.

How Long Does a DUI Injury Defendant’s Right to “Plead the Fifth” Last?

The supreme court in Alaska recently dealt with this issue in the case of Graham v. Durr. In that case, defendant struck and killed two pedestrians after losing control of his vehicle. He was arrested two counts each of second-degree murder and manslaughter and one count DUI.

Months later, the families of those pedestrians filed DUI wrongful death lawsuits against both the driver and his employer. Defendant refused to respond to a portion of plaintiff’s complaint, asserting his Fifth Amendment right to remain silent. Soon thereafter in the criminal case, he pleaded guilty to the second-degree murder charges in a negotiated plea deal with prosecutors. He then did provide the civil lawsuit plaintiffs with initial disclosures, but still refused to provide the factual basis of his defense or the identity of those possibly responsible, again invoking the 5th Amendment. He was sentenced in the criminal lawsuit and, as plaintiff would later point out, participated in an interview with a probation officer wherein he admitted he caused the crash, submitted oral and written statements in that presentence report and expressed remorse at his sentencing hearing. He was sentenced to 32 years in prison.

A few months later, defendant filed a notice of appeal in the criminal case, arguing the judge made several evidentiary mistakes and his sentence was excessive. He requested his sentence be vacated and the matter remanded for resentencing. Around this time, plaintiffs sent a list of questions they wanted answered for the civil case discovery process. Defendant refused, citing his pending appeal and Fifth Amendment privilege. His attorney asked plaintiffs whether they would prefer to proceed with the deposition of defendant – knowing he would not answer key questions – or postpone it until the criminal case had played out entirely. That deposition didn’t happen.

Another discovery request sent by another plaintiff was again rejected on the basis of the 5th Amendment. That plaintiff moved to compel defendant to participate in discovery and refuse his privilege against self-incrimination as an excuse not to answer key questions. Plaintiffs argued that, No. 1, plaintiff wasn’t appealing a finding of guilt in the criminal case, only the sentencing. They noted that in Alaska, a defendant who is resentenced cannot receive a sentence that is more than the original. They argued defendant waived his right to plead the Fifth when he made statements of guilt at the sentencing hearing, and that even if he did retain his Fifth Amendment privilege, he should be compelled to testify anyway because there was no risk he’d be placing himself at greater risk in the criminal case appeal. Defendant argued he retained his Fifth Amendment right until his appeals were exhausted and he’d had a chance to seek all post-conviction relief.

The Alaska Supreme Court sided with defendant, at least with regard to retaining his right to silence until the appeals process was over. It declined to make a decision with regard to whether he was entitled to it until he had explored all post-conviction relief avenues, saying that issue wasn’t ripe.

Although this ruling has no direct impact on Florida DUI injury lawsuits, it is quite possible that if and when confronted with a similar conflict, the supreme court in Florida will look to the precedent set by sister courts in other states.