There several dozen valet services in downtown Fort Lauderdale that offer assistance to motorists who need help parking their vehicles in the crowded urban streetscape. Often, these vehicles are parked off-site of where they are dropped off. The valet driver must drive the car to the off-site location and then return them. 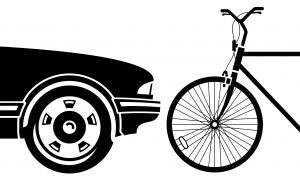 For the most part, these workers are diligent in doing their job safely. However, there have been some cases reported where the drivers are careless with property or in abiding basic traffic laws.

One such case was recently chronicled before a trial court in Seattle, where a bicyclist was awarded $38 million by a jury in a claim against a valet company whose drivers routinely took illegal shortcuts in dropping off and picking up vehicles.

According to The Seattle Times, the 21-year-old at-fault driver and his co-workers routinely took an illegal shortcut cutting across a few alleyways and across two lanes of traffic. The drivers allegedly were never given safety training by their company (which profit nearly $130 million in the first nine months of last year).

And while the company didn’t direct its valets to take the short-cut, it was aware of the issue and never took action to stop it. Plaintiff alleged the company had actually received numerous complaints about this practice, yet didn’t intervene. In fact, these practices reportedly continued even after the incident in question, which occurred in October 2012.

Court records show that drivers routinely used alleys and shortcuts, rather than making the longer trip on city streets and through four separate intersections. Drivers were reportedly under a great deal of pressure to quickly get vehicles to and from hotel customers. Waiting through as many as four intersections was counterproductive, as far as the valet drivers were considered. The problem is it wasn’t safe.

While the cyclist was riding in the right lane around 4 p.m. on his way home from work, he was doing so in a lane marked by “sharrows,” which are the bike-shaped icons that are intended to let motorists know to expect cyclists. At the same time, the 21-year-old valet driver was crossing two lanes of traffic – while being perpendicular to it – and failed to see the cyclist. He was reportedly also distracted at the time of the crash.

The cyclist suffered severe personal injuries, including a traumatic brain injury, a shattered hip, broken ribs and internal bleeding. He had to undergo numerous surgeries, bringing his medical bills to $470,000 by mid-2015. His doctors testified he would likely need at least four or five more surgeries over the course of his life. He suffered permanent physical and cognitive impairments.

Before the crash, plaintiff was a traffic signal technician for the city, but since the bicycle accident has been unable to return to work.

This case is indicative of the fact that bicycle accident lawsuits can and often do result in damage awards that exceed six figures or even into the multi-million-dollar range. That’s because the extent of injuries is often so great.

Still, one must way the defendant’s ability to pay. In this case, the driver himself was a 21-year-old, who more often than not carry a minimum level of auto insurance. However, the company for which he worked can be held directly and vicariously liable, and luckily, this was a larger organization, which means it likely carried a higher insurance policy and thus there is more likelihood plaintiff will see all or most of his damages awarded.