The total number of traffic accidents last year was 374,342 – a 9 percent increase from the year before. Pedestrian accidents comprised 2.4 percent of all traffic crashes, but 23.6 percent of all fatal crashes last year.  END_OF_DOCUMENT_TOKEN_TO_BE_REPLACED Take for example the most recent case in Florida, which occurred in Fort Lauderdale. According to the Sun-Sentinel, a mother and 18-month-old baby girl were rushed to a nearby hospital on a recent night after being struck by a car. The report was that mother and child in stroller were crossing Davie Boulevard in the crosswalk. The vehicle was traveling eastbound. END_OF_DOCUMENT_TOKEN_TO_BE_REPLACED

Florida is known to have a pedestrian accident problem. Nationally, 4,735 pedestrians were killed an an estimated 66,000 injured in 2013, the latest year from which figures are available from the National Highway Traffic Safety Administration (NHTSA). Florida ranks No. 2 in the nation for the most pedestrian accidents that year – 501, to California’s 701. When population was factored in, Florida was also No. 2 – tallying 2.56 pedestrian fatalities per 100,000 population, versus Delaware, which had 2.70 pedestrian fatalities per 100,000 people. Delaware counted a total of 25 pedestrian deaths that year. According to the Florida Pedestrian and Bicycle Strategic Safety Plan, Broward County ranked No. 2 in the state for both fatalities and injuries. Miami-Dade ranked No. 1 for both.

Pedestrian crashes are more likely to result in fatal or serious crashes than any other type of traffic accident. Most of these incidents happen mid-block without crosswalks, at intersections, areas influenced by intersections, at driveway access points, railroads, bridges and public bus stops. Parking lots too can also be dangerous areas.

In most cases of vehicle vs. pedestrian, it is the motor vehicle driver who is to blame. The driver doesn’t see the pedestrian or isn’t paying proper attention. Many victims may be entitled to compensation via a number of different avenues, but it will depend on the circumstances. Pedestrian accident victims and their loved ones must seek experienced legal council because despite the statistics, there is still much that has to be proven in order to secure damages against a driver. This is especially true where a pedestrian may have shared some responsibility for what happened. END_OF_DOCUMENT_TOKEN_TO_BE_REPLACED

More than 100 miles of Fort Lauderdale sidewalks are known to be a trip-and-fall hazard to pedestrians. That represents nearly a quarter of the city’s 425 miles of sidewalks. Worse, even if you doubled the amount of sidewalk the city does have, it wouldn’t be enough to install sidewalks in all the areas that need it. 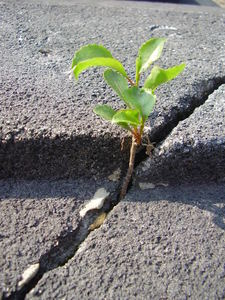 All of this creates a potentially dangerous situation for pedestrians and bicyclists, particularly in the city’s more urban areas. In fact, downtown Fort Lauderdale has some of the worst sidewalks.

This is not merely an issue of aesthetics. According to a recent report by The South Florida Sun Sentinel, the city has shelled out some $250,000 a year – amounting to $1.3 million in the last five years – for trip-and-fall lawsuits brought against the municipality.
END_OF_DOCUMENT_TOKEN_TO_BE_REPLACED

A pedestrian was injured by a wrong-way delivery worker bicyclist on a one-way street. The pedestrian was crossing due to construction barriers blocking his path on the sidewalk. 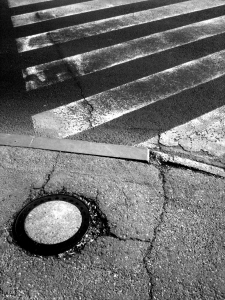 In a lawsuit he filed several months later, plaintiff alleged a large trash bin placed on street-level parking in front of the private building under construction obstructed his view and created an unsafe condition for anyone crossing the street. His lawsuit, Bufkin v. Felipe’s Louisiana LLC, named as defendants the employer of the bicyclist, the construction company that had obstructed the sidewalk and the building owner.

The construction company sought summary judgment from the trial court, contending the trash bin wasn’t unreasonably dangerous and the potential danger was open and obvious to any who encountered it. The trial court denied this request, but the Louisiana Supreme Court later reversed.
END_OF_DOCUMENT_TOKEN_TO_BE_REPLACED

Florida traffic engineers and public safety officials have long been aware of the safety deficits that exist for those who commute by bicycle or on foot in this state. For several years now, researchers have named Florida the most dangerous state for both pedestrians and bicyclists. The most recent research by Smart Growth America, in the Dangerous by Design 2014 report, indicates the trend is continuing. 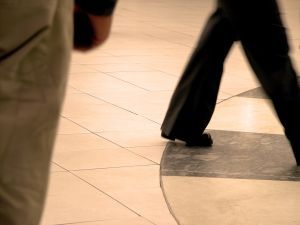 To put into perspective just how bad the problem is in Broward County, reporters with the Sun-Sentinel found: Every single day in this county, there are two pedestrians and one bicyclist struck. Not all die or suffer serious injury, but many do, as cyclists and pedestrians are among the most vulnerable users of our roads. Fort Lauderdale bicycle accident lawyers know these travelers are are no match for a two-ton mass of metal barreling toward them at even 35 mph.

Transportation for America recently analyzed bicycle and pedestrian deaths from 2011 through 2013. Researchers noted 2,276 pedestrian accidents in Broward alone, resulting in 114 fatalities. In that same time frame, there were 1,549 bicycle accidents, which resulted in 33 deaths.
END_OF_DOCUMENT_TOKEN_TO_BE_REPLACED

The death of a 12-year-old girl last year at a bustling intersection near Boca Raton has prompted state officials to conduct a $200,000 traffic study that focuses specifically on safety solutions for Orthodox Jewish pedestrians. 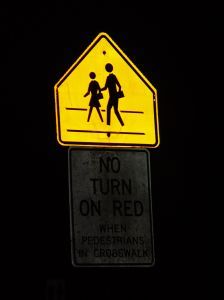 Of course, pedestrian accident lawyers know that all people on foot would potentially benefit if the recommendations are adopted. However, the reason the effort is focused on this community is because of religious beliefs that forbid the faithful from driving or using electricity during the Sabbath and holy days.

This particular intersection, at Boca Del Mar Drive and Palmetto Park Road, is anchored on either side by Orthodox Jewish synagogues. At least once every week, the area is flooded with pedestrians, hundreds of families either on their way to worship or headed home or off to visit family and friends.
END_OF_DOCUMENT_TOKEN_TO_BE_REPLACED

A 79-year-old South Florida woman received a non-criminal citation after backing out of a parking space into a crowd of pedestrians, killing three fellow senior citizens and injuring four others. 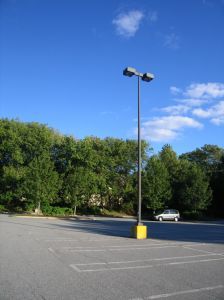 Authorities say the driver lost control of her sport utility vehicle while backing out of a handicapped parking space near the front of a church parking lot. She also struck a curb and a tree before the vehicle came partially to rest in a creek. She is not expected to face criminal charges, as no drugs, alcohol or maliciousness is believed to have played a role in the crash. It is likely, however, that her driver’s license will be permanently revoked. The woman reportedly confused the gas and brake pedals.

Broward and Miami-Dade will benefit from new traffic safety programs after a state study found that those counties have the highest number of pedestrian fatalities and injuries.

Our Fort Lauderdale pedestrian accident attorney is a staunch advocate for victims injured by the negligence of others. 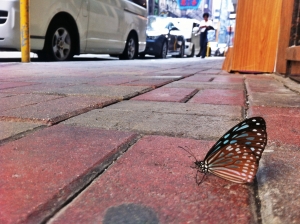 END_OF_DOCUMENT_TOKEN_TO_BE_REPLACED

Throughout the holidays, the city of Fort Lauderdale asks you to be extra safe. Whether driving, walking, or biking, you are reminded to take it slow and watch out for others. Keep in mind that people of all ages and abilities are pedestrians. Together, we can all make this a safe and happy holiday season. 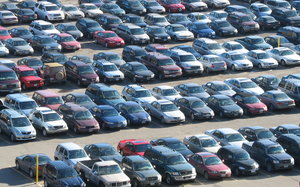 Our pedestrian accident lawyers are also reminding pedestrians to follow the rules including looking both ways while crossing the street, obeying traffic signs, and walking only in areas designated for pedestrians such as crosswalks and sidewalks. On average, in this country a pedestrian is injured in a traffic collision every eight minutes. Most pedestrian injuries happen because of a combined fault of motorist inattentiveness as well as the failure of pedestrians to use crosswalks, according to the City of Fort Lauderdale.

During the holiday season, we especially need to be cautious of pedestrians in parking lots. Parking lots are designed for vehicles and not pedestrians. Therefore, hazards are everywhere. The National Safety Council’s Journal of Safety Research reported 2,057 work-related deaths on company parking lots between 1993 and 2003.
END_OF_DOCUMENT_TOKEN_TO_BE_REPLACED