Florida has long held the unfortunate distinction as the being one of the worst (if not the worst) for deadly pedestrian accidents – far too many of those being hit-and-run. As the Governors Highway Safety Association reports, more than 6,500 pedestrian accidents occurred in 2019 – the highest in three decades. Five states – including Florida – accounted for 50 percent of those. 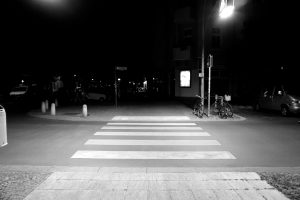 In the first case, an 18-year-old freshman at the University of Florida in Gainesville was struck in a crosswalk by the driver of a BMW who fled the scene. She died on the roadway. According to her family’s wrongful death lawsuit, the vehicle was later discovered at a local auto repair shop with blood and damage to the hood.

A few weeks alter, a 19-year-old student was struck and killed while four others were seriously injured as they stood on a sidewalk near the university. Several lawsuits filed after that incident name the 28-year-old driver as well as Uber, for whom he was reportedly working at the time he collided with another vehicle near the intersection, causing the second vehicle to spin out of control and hit the crowd. Speed was believed to have been a factor.

At the university, several organizations, including Gators Against Student Pedestrian Deaths and Florida Not One More have cropped up to advocate for more pedestrian-friendly roads, particularly around universities, where most students travel on foot or bicycle.

According to the GHSA, most pedestrian accidents take place on local roads, at night and away from intersections. This suggests the need for road crossings that are safer and ways to make both vehicles and pedestrians more visible in the dark. Although pedestrian deaths overall have risen nationally, those at night spiked nearly 70 percent compared to those in the day, which increased 16 percent.

The larger the vehicle the more likely a serious injury or fatality. Pedestrians who are struck by a large sport utility vehicle are two times as likely to die of their injuries compared to those hit by a car. Although there are more passenger cars involved in fatal pedestrian accidents, the increasing popularity of SUVs is one factor in why deadly pedestrian accidents have spiked.

Pedestrians are uniquely at a disadvantage in a collision, being without seat belts, helmets or other protections as automobile occupants and operators.

Holding drivers accountable for careless, reckless or criminal behavior behind the wheel is what we do. If you have been injured in a Florida pedestrian accident, our dedicated Fort Lauderdale injury lawyers are committed to securing fair compensation and justice for what you’ve endured.