Many personal injury lawsuits involve not just individuals, but also businesses. In fact, employers may be vicariously liable for the negligent actions of employees acting in the course and scope of employment. However, a recent decision by the state high court in Nevada held that individual members of a limited liability company cannot be held liable for the actions of a larger corporation just by virtue of being a member. 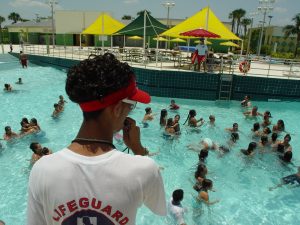 The decision does not directly impact Florida claimants, but state supreme courts often look to sister courts when considering similar legal matters, so it warrants review.

According to court records, plaintiffs filed their personal injury lawsuit after their son nearly drowned – suffering severe and lasting injuries – while at a wave pool at a water park. Plaintiffs alleged the water park and member LLCs contributed to their son’s injuries because the park failed to properly staff enough life guards.

The members of the LLCs were named as defendants in the personal injury lawsuit. They challenged this, moving for summary judgment, arguing they were improper parties according to statute. The district court agreed and granted them summary judgment.

Plaintiffs appealed, arguing the trial court made a mistake in concluding state law protected member LLCs from litigation because they were seeking a direct claim against those entities for their own tortious conduct in negligent operation of the water park. The state supreme court, however, affirmed.

The court noted that members of LLCs are entitled to certain benefits, which include the benefit of individual members not being held personally responsible for the LLCs liability in a matter solely because they are a member. The court did say the statute doesn’t shield members from liability for personal negligence. For instance, an individual officer of a company could be found personally and individually liable for any tort he or she commits.

Here, plaintiffs sought to assert independent claims that would impose direct liability on the member LLCs, but the court noted they failed to allege conduct by those members that was separate and apart from the alleged conduct of the water park. There was no specification of any individual act or omission by each individual member LLC that caused or contributed to their son’s injuries. Plaintiffs did not assert the individual members breached a personal duty owed to their son, but rather that the LLCs breached certain duties that only arose based on their role as members of this business entity. The fact that these LLCs were managing members of the water park did not mean they could be held liable for the tortious conduct of the water park.

Sifting through corporate entanglements in Fort Lauderdale personal injury lawsuits can be a complex matter, which is why it should only be handled by an experienced personal injury lawyer. Claims like this would most likely be brought under the legal theory of premises liability, which requires businesses that invite members of the public onto the property for the financial gain of the company owe the highest duty of care to those guests. Interpretation of whether that duty was breached will depend heavily on the kind of operation. In the case of a pool, it can mean providing adequate staffing of lifeguard positions to ensure all patrons – especially young ones – are adequately supervised.