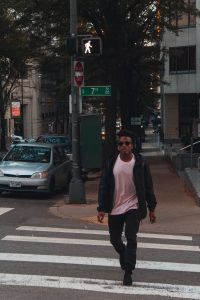 Part of the reason pedestrians are at greater risk on our roads has to do with physiology. There are more large trucks on the road, and an increasing number of drivers are opting for larger vehicles, like sport utility vehicles. These are far more likely to kill a pedestrian than smaller, more compact cars simply due to the size and weight differential.

In the last five years, the number of pedestrian deaths involving an SUV increased by 50 percent.

That doesn’t fully explain the problem, though, because fatal pedestrian accident deaths involving passenger cars increased by 30 percent during this same time frame. Passenger cars still make up the majority of vehicles involved in all pedestrian crashes.

Likely the bigger problem has to do with driver distraction, facilitated in particular with motorists fiddling with their phones. Just recently in Kansas, NBC News reported a beloved, 88-year-old crossing guard was killed while saving the lives of two young children by preventing them from crossing the street as a distracted driver barreled through the crosswalk without braking.

Although it’s tough to come by reliable statistics on the number of pedestrian accidents caused by distracted drivers, we do know that drivers using cell phones are 2-6 times more likely to crash compared to those who aren’t distracted. An aggregate analysis of 28 distracted driver studies reveals that typing or reading text messages:

In Florida, NPR reports that local distracted drivers – not tourists – are to blame for the majority of crashes.

Florida is a no-fault state when it comes to any type of car accident. That means one must first collect from their own personal injury protection (PIP) policy, as outlined in F.S. 627.736. Injured pedestrians can seek coverage through their own PIP policy, which is required of all registered drivers in the state. This provides up to $10,000 in coverage for medical expenses and lost wages/disability. You can pursue this regardless of who was at-fault. PIP extends coverage to anyone listed on the policy AND any relatives of the insured who live in the same household.

However, pedestrians aren’t required to carry insurance the way drivers are, and $10,000 tends not to go very far.

In that case, you can file a claim with the at-fault driver’s insurer, but you’ll have to prove negligence. These claims may be paid out through the driver’s bodily injury liability policy. If that driver does not have insurance OR if that insurance policy doesn’t provide enough to fully compensate you for your injuries, you can pursue a claim with your own uninsured/underinsured motorist carrier.

In some instances, there could be grounds for a third-party liability claim. For example, if the driver was drunk and underage, you may be able to file a claim against whichever establishment furnished the alcohol under Florida’s dram shop laws.

If you or a loved one have been involved in a Florida pedestrian accident, we can help.