Following several tourist injuries and at least one death, a Bahamian-headquartered cruise line docking in the Port of Miami is being sued by multiple plaintiffs who say they encountered an unreasonable risk of danger at an on-shore zip line excursion in Honduras. As with many excursions advertised by large cruise lines, this one was offered by a third-party independent contractor. However, plaintiffs allege firstly they were misled in marketing materials to believe the cruise line itself was the operator. Furthermore, these tourists say the cruise company should have known the zip line excursion wasn’t safe because numerous cruise ship guests suffered tourist injuries on it. Miami tourist injury attorneys know that if they can prove both of these elements, they may have a decent shot at recovering damages for their injuries. 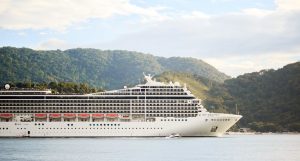 In July, a newlywed groom on that zip line crashed into his brand new bride, suffering serious injuries that proved fatal. The Miami New Times reports that prior to that incident, there were at least 10 people who sustained severe injuries while on the excursion facilitated by Royal Caribbean, which received complaints after each incident.

Zip lining is arguably one of those recreational activities, such as rock climbing or mountain biking or snow skiing, that by their very nature present some sort of risk of an accident or injury. Defendants will often argue the “assumption of risk” doctrine, meaning they assumed the inherent risk when they chose to do that activity anyway. Such assertions can be especially bolstered if the claimant signed a waiver of liability. Such waivers don’t completely shield defendants from liability (particularly for gross negligence), but they can be useful for the defense. However, in the case of this Honduran-based excursion, the numerous federal lawsuits indicate a pattern of problems that went beyond what one might assume while zip lining. Rather, the allegations are that this particular zip lining excursion was especially dangerous – even for zip lining – and that Royal Caribbean knew about it yet failed to protect future guests from being hurt either by terminating their contract with the zip lining company or warning guests of the potential dangers or prior accidents.

Among the examples complied by news reporters in Miami:

The tour guides reported back to the cruise line that these injuries were all the result of rider error, mainly because riders weren’t following guide-issued instructions.

Then this summer, the honeymooning couple decided to take the excursion, neither receiving any warning of potential danger from the cruise line or the zip line company. The pair crashed into each other, the impact killing the 24-year-old groom and seriously injuring his 27-year-old bride. The latter is now pursuing wrongful death and personal injury lawsuits against both the cruise line and the contractor, seeking $1 million or more in damages.

Zip lining is generally considered a relatively safe activity, but it has been known to result in injury, which is why it’s imperative that operators follow all proper safety protocol in harnessing and operation. Earlier this year, a jury in Oregon awarded $315,000 to a 20-year-old woman who was just 17 when a seriously injured in an accident at a friend’s house on a homemade zip line lacking key safety features (seat and harness). She suffered two broken wrists and five broken vertebrae when she fell, according to The Oregonian.

If you are injured in a Florida zip line accident – or any incident while a guest on a cruise ship – contact our experienced Miami tourist injury lawyers.