Tort reform advocates have long pushed for ways to make it harder for Florida personal injury claimants to be compensated for losses caused by negligence. While these tort reform proponents rail about frivolous lawsuits and out-of-control damage awards and greedy plaintiff lawyers and rising insurance costs, the reality is they work for the insurance industry and they’re selling snake oil. It’s been proven time and again that rules barring litigation and enforcing caps on personal injury damages do nothing to curb insurance costs or bolster industry. Our Fort Lauderdale personal injury lawyers at The Ansara Law Firm noted as much when the Florida Supreme Court said as much in 2017 when in North Broward Hospital District v. Kalitan it struck down a law capping non-economic damages or medical malpractice, rebuking legislators for predicating the law on false/misleading industry statistics. 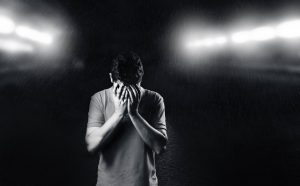 Now, emboldened by a business-friendly legislature, governor and state supreme court, Florida lawmakers are proposing a series of new tort reform measures that would once again make it more difficult for injured plaintiffs to recover sufficient damages inflicted by negligence. The first is HB 17 Tort Reform and the second is SB 1320 Damages Recoverable for Health Care Costs in Florida personal injury and wrongful death claims.

Let’s start with HB 17. The measure is specific to products liability lawsuits, and would in effect:

In support of the measure, proponent lawmakers paraded a series of witnesses to testify before a House committee. One of those was a defense attorney for a popular southern grocery store chain who reported it is 65 percent more costly to settle a personal injury lawsuit in Florida than in any other state where the store operates. One proponent of the measure in House (not coincidentally also a defense attorney for insurance companies) referred to the state as a “judicial hellhole,” as described by the American Tort Reform Association.

This tort reform bill seeks to reinstate the $1 million damage caps on pain and suffering, something juries currently decide.

This latest push is likely to gain productive steam now that the Florida Supreme Court now has no justices appointed by Democratic governors, following Gov. Ron DeSantis’ appointment of three new members earlier this year. Republicans have been primarily the ones appointing judges for the last two decades.

Meanwhile, SB 1320 would require plaintiffs in personal injury or wrongful death attorney seeking to recover for health care costs to produce evidence of “the usual and customer rates for health care services, procedures or equipment.”

As a longtime Fort Lauderdale personal injury lawyer, Richard Ansara says it’s important that voters know the “judicial hellhole” argument is exceedingly week. Damage caps do not – and are not – harming Florida’s economy. The economy is doing well.

This push represents the latest effort to subvert victims’ rights and give large corporations an unnecessary “get-out-of-jail-free” card.