Florida is renowned for its water sports and boating activities. It’s a huge draw for the millions of tourists who flock to the state each year. 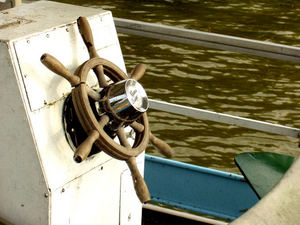 Most people walk away from the experience with a rush of adrenaline and fond memories. However, when negligence during boating results in personal injury, victims can be left with permanent, debilitating losses.

Such was the case for plaintiff in Hodson v. Taylor.. Victim suffered permanent paralysis from the chest down after a water-related accident as a teen. The incident and lawsuit took place in Nebraska, and the Nebraska Supreme Court recently issued a ruling on the case against a number of defendants, affirming summary judgment for one and reversing and remanding against two others. The case can now proceed to trial.

According to court records, plaintiff suffered catastrophic personal injury when he dove into the water from a pontoon boat operated by a group of teenagers on a private community lake. The boat was owned by one of the teen’s parents. The teens were reportedly consuming beer, and plaintiff reportedly consumed “at least two” before he dove into the muddy water. When he did so, he struck the bottom of the lake, suffering a complete spinal cord injury. He has function in his shoulders, but only limited function of his wrists and hands.

Plaintiff alleged there was an inherently dangerous condition in the lake due to rising water levels, which the association should have known about. Rising water levels meant the edges of the lake extended farther out than before, which meant more shallow areas, though there was no warning of this to boaters and swimmers.

Plaintiff sued the original owners/creators of the lake, the association and the parents who owned the boat.

He alleged the parents were negligent in failing to warn users of dangerous and shallow conditions in the lake, in allowing their daughter and her guests to use the boat without supervision and in allowing other guests to drive the boat when it was known they were inexperienced and incompetent to operate it, given the condition and depth of the lake.

He alleged the initial owners/creators of the lake were negligent by failing to maintain sufficient and safe water depth in the lake, failing to warn users of dangerous conditions, not enforcing safety rules and regulations, failing to construct the lake properly and failing to warn of the danger of jumping into the lake from boats were depths were varying.

Against the association, he alleged much of the same.

The district court granted summary judgment to all defendants, finding the state’s Recreational Liability Act barred liability against the parents. It further found the creators of the lake hadn’t owned or controlled it in the four years preceding the accident. And as to the association, the court ruled the risk of danger in the lake was open and obvious and the association could not have anticipated plaintiff’s harm.

The state supreme court affirmed as it pertained to the creators of the lake, but reversed with regard to the parents and association.

It’s possible that contributory negligence (i.e., consuming alcohol while boating/swimming, diving into unclear water) could impact the overall amount of damages plaintiff could receive, but he still has a good chance of recovering damages from named defendants.