A trial court that allowed admitted to evidence the opinions and reports of doctors who did not testify during a car accident trial abused its discretion, the Montana Supreme Court recently ruled. That means plaintiff in target=”_blank”>Reese v. Stanton won her bid for a new trial against the bus service company that owned the bus that struck the van in which she was riding, causing her injury. 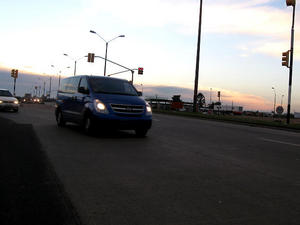 According to court records in the case, the crash happened in November 2009. Plaintiff was working at a coffee company, and while on the job, was a passenger in a van that was struck by a bus owned by defendant.

As a result of the crash, plaintiff suffered injuries. She subsequently filed a claim for workers’ compensation. These type of benefits may be paid out in cases where a person is injured on-the-job. It is not required for a person to prove fault against an employer to collect benefits, but it is the only remedy one has against an employer that was negligent in causing injuries.

Here, details pertaining to the workers’ compensation claim later became relevant in plaintiff’s third-party lawsuit. According to court records, when plaintiff filed for workers’ compensation benefits, they were initially approved. However, the claim was at some point forwarded to a vocational rehabilitation expert, who determined her job was medium-duty. She then underwent an independent medical evaluation by a panel of doctors. Then she was evaluated by a psychiatrist. This group of individuals – paid for by workers’ compensation insurance- opined she could return to the same work she was doing prior to the crash. The doctors indicated she was not on any job restrictions. Workers’ compensation payments stopped at that point.

Plaintiff then filed a lawsuit against the bus company. She sought medical payments, lost wages and loss of earning capacity.

District court granted partial summary judgment on the issue of liability. There was no question defendant was responsible for the accident. The question then became whether plaintiff’s injuries were in fact caused by the accident and whether her damages were as severe as she claimed. The case proceeded to trial on that point.

Plaintiff called to testify on her behalf a vocation expert and doctor who stated she could not return to her job and had permanent loss of earning capacity, as she needed to stay employed in sedentary or light-duty jobs.

Meanwhile, the medical causation expert testifying for the defense asserted plaintiff could work, and relied on part on the reports prepared by the workers’ compensation panel.

Plaintiff filed a motion to prevent defense expert from testifying about the workers’ compensation panel findings, arguing that without the direct testimony – and opportunity to cross-examine – those witnesses, their opinions were hearsay. However, trial court denied her motion.

Throughout the trial, numerous references were made to these doctors’ reports, even though the doctors themselves weren’t there to substantiate, clarify or expound on any of it. Ultimately, jurors returned a verdict for plaintiff in the amount of $60,000 – far less than what plaintiff had been asking. Her medical bills alone exceeded $90,000.

She filed a motion for a new trial, arguing trial court erred in allowing the workers’ compensation reports to be entered into evidence, absent the testimony of those doctors. Trial court denied the motion, and plaintiff appealed.

The Montana Supreme Court reversed. The court ruled trial court abused its discretion in this regard, and the error wasn’t harmless. Therefore, a new trial was warranted.