The importance of careful pretrial investigation by injury victim attorneys cannot be overstated. It is essential in any injury case to have all elements carefully laid out so there are no surprises, nothing overlooked. This is true even in relatively simple cases. 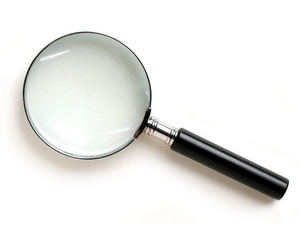 While plaintiffs are understandably interested in minimizing their legal expenses, not investing in this kind of thorough preparation even prior to the trial phase can be a costly mistake. Important details such as prior accidents, prior criminal records, witness backgrounds, officer backgrounds and other potentially relevant information can be overlooked when a lawyer fails to conduct a sufficient pretrial investigation. At worst, a case could be dismissed before it ever goes to trial.

In many cases, when a pretrial investigation is done right, defendants will concede the likelihood they’ll lose at trial and agree to a settlement advantageous to a plaintiff in order to avoid trial.

Recently, the West Virginia Supreme Court considered the accident case of Browning v. Hickman, a crash in which defendant and plaintiff had conflicting accounts of what occurred and the identity and location of the sole witness – who had dialed 911 – was unknown.

According to court records in the case, parties involved were in an automobile accident at an intersection when plaintiff turned left and was struck by defendants vehicle. Both drivers insisted they had the right-of-way. Plaintiff asserted he had the green arrow and defendant was speeding, while defendant argued he was traveling under the speed limit and in fact had the green light (meaning there was no arrow).

There was apparently no video of the incident and no one – except a single witness – could affirm either driver’s side. That single witness called 911 and said a red truck (plaintiff) “pulled out in front of the vehicle (defendant).”

An audio recording of that call was entered into evidence later when plaintiff filed a personal injury lawsuit. A dispatcher verified its authenticity, but the woman was not located.

At trial, plaintiff characterized the recording as hearsay, and argued it should not be allowed to be entered as evidence. In the alternative, plaintiff argued, the court should grant additional time for plaintiff to locate the witness. However, the trial was already underway and the judge declined.

Also during the proceedings, the officer who wrote the accident report testified as to his response. He was barred, however, from testifying about his conclusions, which were that defendant was at fault. (During pre-trial depositions, the officer conceded he wasn’t sure who actually had the right-of-way, despite what was written in his report.)

Jurors returned a verdict favoring defense, finding there was not enough evidence to support the assertion he was at-fault.

Plaintiff appealed, arguing the trial court erred in entering into evidence the 911 tape without allowing more time to find the witness whose voice was recorded and for barring the officer’s conclusions of fault.

The state supreme court affirmed, finding no abuse of discretion.

Had plaintiff located that 911 caller prior to trial and had the opportunity to cross-examine her, it’s possible the outcome of the trial may have been different.