Just because a person signs a waiver of liability before engaging in a certain activity does not mean the owner or organizer cannot be held responsible. 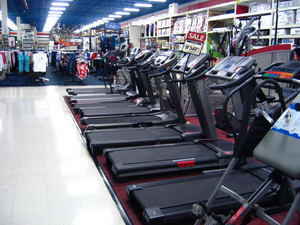 It’s true that waivers of liability can complicate matters, and it’s also a fact that many Florida courts have upheld these waivers as valid. However, that does not mean a case is rendered hopeless just because one exists.

While these waivers needn’t spell out each and every possible injury that might arise from a given activity, they can’t protect against gross negligence or willful, wanton or intentional misconduct. The intent of all parties involved is considered a key issue. These waivers (sometimes referred to as “exculpatory clauses”) are disfavored by the court, but they are generally upheld if the intent to clear one party of all negligence is both clear and unequivocal.

But it’s the language that trips up many organizations because there is no one-size-fits-all in these cases. They have to be specific enough to make clear the risks and what the signer is giving up, but they also have to be broad enough to include other related acts. Our Fort Lauderdale injury lawyers know many waivers don’t meet these standards.

In a recent case before an appeals court in California, plaintiff in Jimenez v. 24 Hour Fitness USA, Inc. alleged staffers at a gym acted with gross negligence and were not protected simply because she had signed a waiver before working out there.

Trial court sided with defendant because of the waiver and granted summary judgment. But the appeals court reversed, citing a number of factors.

According to court records, plaintiff had been a member of the gym for two years prior to the accident. Although she spoke and read no English, the waiver she signed was printed in English. Defendant staff knew she could not understand English, and yet did not make an effort to ensure she understood what she was signing.

On the day of the accident, she was walking on a treadmill when she fell backward and struck her head on an exposed steel bar from piece of equipment directly behind the treadmill machine. She suffered a skull fracture and other injuries.

Defendants contended they weren’t liable because working out can be an inherently dangerous activity for which plaintiff assumed the risk. Besides, they argued, plaintiff signed a waiver.

But aside from the fact plaintiff hadn’t understood what she signed, manufacturer instructions for that particular piece of equipment indicate there must be at least a nine-foot clearance behind the machine in order to be operated safely. Here, the equipment directly behind the treadmill was just four feet away. This, plaintiff argued, was proof of gross negligence.

Although the appellate court didn’t make a determination on whether defendants were in fact negligent, they did hold that there was enough proof to overcome summary judgment and that the case should be allowed to proceed to trial.