Just last month, a Boston Red Sox baseball fan was seriously injured when shards of a broken bat flew into the stands at Fenway Park and struck her in the face. 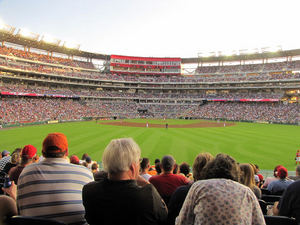 The 44-year-old’s injuries were initially characterized as life-threatening, though she is now expected to survive. She was transferred from a hospital to a long-term rehabilitation center weeks after the incident, which occurred as she watched the second inning of the game from behind the third baseline.

Major League Baseball officials said they were reviewing fan safety at stadiums following the accident, but the question of whether she will be able to hold the stadium accountable is a difficult one.

There are two key defenses in spectator sport injury lawsuits: Assumption of risk and liability release.

The assumption of risk, which is a century-old legal principle, holds that the spectator was aware of potential injury and failed to take measures to protect themselves. So for example, baseball fans know there is a risk within a baseball stadium that a ball or other objects may go flying into the stands. With this knowledge, they either need to sit behind netted or plastic barriers or purchase seats that are far enough back they won’t be at risk of injury.

Some even dub this “the baseball rule.” It puts a duty on the fans to take reasonable precautions for their own safety. Under this doctrine, a person who is even 1 percent at-fault for his or her own injuries is not entitled to recover any damages whatsoever. It’s a function of time and location. So it’s generally in effect when the ball is in play and players are on the field. Plus the closer you are, the greater your duty to pay attention. (However in this case, one could argue the fan would have a duty to watch the ball – which was still in play – and not necessarily the bat.)

The other common defense is the liability release. These are commonly found on the back of sporting event tickets. In some instances, courts have found the very act of buying a ticket is enough to eliminate or limit the liability of the stadium for the injury.

Interestingly, while the MLB’s player’s association has lobbied for extending protective netting for fan safety, many teams have been resistant to this – even knowing the risk. This could be an opportunity to impose a heightened degree of liability.

Still, it can be difficult to overcome the assumption of risk.

There may be other kinds of injuries that could be compensable, though. Those may include slip-and-falls, trip-and-falls or being struck by other objects. (There was one case a few years ago in which a woman was struck by a hot dog during a promotional event, and the minor injury was deemed compensable because she had not assumed the risk of being struck by such an object.)

Potential defendants in these cases include:
–Owners and operators of the sports arenas –Sporting event promoters –Concessionaries and other workers –Participants/athletes in the event –Other spectators
If you have suffered personal injury while attending a sporting event, it’s important to consult with an experienced attorney to determine the full extent of your rights and the viability of a case.