Cruise ships off the coast of Florida (and elsewhere) have a well-documented, long-running problem with sexual assaults on board, according to U.S. government data that spurred an NBC News investigation last year. Of the 92 alleged on-board crimes reported by cruise lines in 2016, a total of 62 were sexual assaults. When these occur at sea, it can be difficult to pursue criminal prosecution, and in fact, most sexual assault cases did not result in an arrest and/ or conviction. Further (and even more disturbing) many of those on-board sexual assaults involved minors. 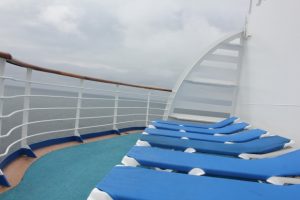 One of the only avenues claimants may have to seek justice is civil litigation. Of course, a perpetrator can be held directly liable for damages resulting from a sexual assault, including medical expense treatment, therapy costs, pain and suffering and more. However, civil litigation can also hold the cruise line to account for negligence in the failure to protect against a foreseeable third-party criminal assault. Our Fort Lauderdale tourist injury lawyers know this can involve lack of adequate security, negligence in over-serving alcohol to patrons or failure to properly screen potentially dangerous employees. Because these incidents occurred at sea, they must be tried in a federal court and maritime law is applicable.

One such case is recently proceeding to trial, after the U.S. District Court for the Southern District of Florida denied a motion by defendant Royal Caribbean Cruises to dismiss a complaint alleging negligence and intentional infliction of emotional distress stemming from the alleged sexual assault of a 13-year-old boy aboard one of its ships. Plaintiff is seeking both actual and punitive damages on both counts.

According to court records, the young boy was on a trip with his mother and brother. In the early morning hours, plaintiff was with several other young passengers in the library of the ship when around 2 a.m., two visibly intoxicated adult passengers entered the area and sexually battered plaintiff.

Plaintiff would later allege the assailant pair were overserved alcohol by defendant cruise company. Further, plaintiff alleges the majority of the attack was captured on the ship’s security surveillance footage, which either wasn’t being properly monitored or else was being monitored and the employees chose not to intervene. This, plaintiff alleges, amounted to a failure to exercise reasonable care for his safety, resulting in serious physical and emotional injuries.

With regard to intentional infliction of emotional distress, plaintiff alleges that after the assault was reported to defendant company, he was questioned about the incident by cruise line officials while in the same room with one of the assailants, who had threatened to cut his head off and throw him overboard if he told anyone. Plaintiff alleges the cruise line purposely set up its interview of him this way in order to deter him from reporting the incident to federal officials onshore, which demonstrated reckless indifference for his well-being.

The case will be allowed to continue to trial.