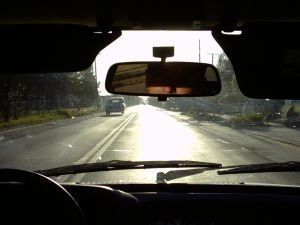 Although investigators did not fault Seminole County Sheriff’s Deputy Scott Sullivan in the crash, witnesses who saw the deputy just before the crash said he was traveling 60 mph on the road. Authorities later revealed he was on his way to an emergency domestic violence call. However, it is undisputed he had not activated his emergency lights and siren. The 73-year-old Uber driver, meanwhile, was cited for running a red light and for causing the young man’s death. He has not driven for Uber since the crash.

Our Fort Lauderdale Uber accident lawyers know this kind of case is becoming more common, as ride-sharing services have gained popularity. The good news is that insurance coverage for accidents caused by Uber drivers has improved greatly in recent years. As of March 2016, Uber offers the following limits on liability:

Still in a wrongful death lawsuit, it is possible that damages could exceed $1 million, and that is why it is smart in this case to explore the possibility that more than one driver is at-fault.

Investigators say the young man was on his way home from a holiday party to the condo he shared with his girlfriend. The crash happened at 1:40 a.m., and authorities don’t believe any other drivers saw the actual crash.

The Uber driver suffered serious injuries as well. He had a fairly good track record, having offered some 800 rides from April 2015 to December 2015, and having a customer rating of 4.8 out of 5.

The deputy, meanwhile, suffered a fractured neck. A passenger who was riding with the deputy, a new recruit who was slated to begin working with the agency, also suffered injuries.

Allicock died of a combination of the impact and loss of blood.

Plaintiffs in the case allege negligence by both the Uber driver and the deputy played a role in the crash, and therefore in Allicock’s death.

If you have been injured in a Florida Uber accident, we can help you recover damages.