Tourism is one of the biggest industries in Florida, with more than 128 million visitors flocking to the Sunshine State last year. A sizable number of those opt to stay in one of the state’s 423,000 hotel rooms. Like any other property owner, hotels, motels and resorts owe a duty of care to their patrons that requires they keep the property in reasonably safe condition, check for hazards and warn guests of any non-obvious dangers that can’t be remedied right away. In the event this does not happen and someone is seriously hurt, those injured should explore the possibility of a hotel injury lawsuit. 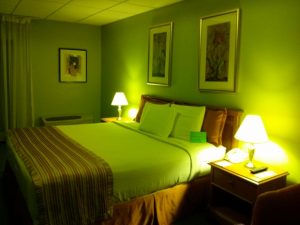 Fort Lauderdale injury attorneys will examine your premises liability claim to determine whether it’s viable and identify all potential defendants. Some of the most common hotel injury claims include:

Any one of these incidents can cause serious and lasting injuries and trauma. If there is evidence the hotel staff knew or should have known about the risk and failed to fix it or provide guests warning, there is a good chance a personal injury claim could be successfully made.

Defendant hotels will often argue comparative negligence (i.e., the person injured shared some or all of the blame, proportionately reducing damages) or that the claimant wasn’t as seriously injured as they said. Having an experienced personal injury attorney will be imperative.

Recently in Orange County, an 8-year-old child was rushed to the hospital after falling three stories at a hotel where the family had stopped before they planned to make their way to Disney World. The child, visiting from the United Kingdom reportedly fell out of a window and into some hedges and trees, ultimately suffering a knee injury.

The sheriff’s office stayed to investigate, and it’s not clear yet whether the family will file a claim against the hotel. It’s likely if an injury lawyer is consulted, he or she will look carefully at applicable Florida building codes for guardrails, handrails and windows in multi-unit dwellings to determine whether all statutory rules were followed.

In another case out of Tampa, hundreds of guests had to be evacuated due to a fire that broke out in a hotel room where a guest’s straightening iron was accidentally left on. No one was hurt.

Hotels in other states have faced lawsuits recently for a range of offenses, including inadequate security for failing to verify that a man was allowed to enter the room of a female guest (he was the guest’s estranged, abusive husband) and unsanitary conditions leading to an outbreak of Legionnaire’s Disease.

If you are injured at a Florida hotel, our personal injury lawyers in Southeast Florida will assess the circumstances to determine whether you have grounds to pursue a claim.