Florida’s guardianship system has come under fire amid revelations of numerous abuses and reports of exploitation, damaging relationships and leaving wards financially and emotionally worse-off. 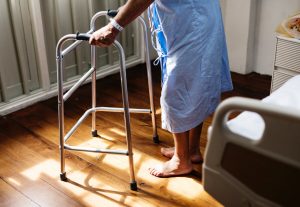 A Fort Lauderdale guardianship attorney can assist individuals looking to intervene in a potentially damaging guardianship arrangement. Although Florida law requires a three-person committee (at least one a physician or psychiatrist) be responsible to examine a person before he/she can be deemed incapacitated, that exam is all it takes before a guardian is suddenly granted broad powers over their ward. Almost every decision in their life can be controlled by a guardian.

What is being discovered in some of these cases is that there is lack of transparency and impartiality. for example, in a case out of Central Florida reported by The Orlando Sentinel, in the case of an elderly man whose sons pushed for guardianship under the care of a “professional guardian” – one whose attorney is not only the son-in-law of a panel doctor who declared numerous individuals incapacitated. The son-in-law also works at the law practice the doctor (who is also a lawyer) founded, the same one at which his wife and daughter still work.

This, ethics experts say, simply “doesn’t pass the smell test.” Is the system designed for the protection of Florida’s elderly and vulnerable people? Or for the benefit of a small group of insiders?

The guardian in that case later resigned all her cases after it was revealed as part of a criminal investigation that she’d filed do not resuscitate orders orders on numerous clients who said this was expressly against their wishes.

Cases like this underscore a key flaw in the entire guardianship program, which is that enormous power over the affairs of vulnerable adults lies in determinations made by a very small pool of people in a system that lacks any substantial oversight.

As Fort Lauderdale guardianship attorneys can explain, there are state statutes that exist to prevent major conflicts of interests, but those with ties to the guardianship industry and court system say the circles are small. For example, the physician examiner in the recent Central Florida case conducts guardianship examinations in 10 Florida counties.

Although states vary in the ways they handle guardianship, Florida is the only state that allows a three-person examining committee in order to declare incapacity. In other states, such petitions usually involve a full medical assessment from a family neurologist and/or physician – often someone who has a prior relationship with the individual.

Although Florida law does ban people who make decisions about a person being incapacitated later being appointed as that individual’s guardian,  there is no requirement that the physician making the call have any expertise in mental disorders, which are often at issue in guardianship matters. In fact, there have been reports of retired urologists or oncologists making these calls.

There is also the fact that those conducting these exams are making these conclusions without the benefit of the patient’s history. Without this, there may be no way to know whether a person on psychotropic medication is indeed mentally incapacitated or if certain symptoms are the result of excess use of those drugs.

(It used to be that committee members were members were only paid if they found the ward incapacitated, but now they are paid regardless.)

And while state law prohibits committee members and guardians and attorneys from being related or associated, the trouble is that what information is shared – and with whom – can vary greatly, and sometimes it’s difficult even for those involved to determine whether there’s a conflict.

The judges involved in guardianship cases are responsible to appoint the committee members.