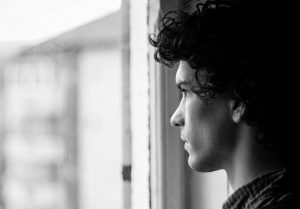 Broward wrongful death lawyers can explain the key issue will be an interpretation of Florida’s sovereign immunity law, F.S. 768.28. If you sue a state government agency – whether it’s a police department, city government, school district or larger state agencies – those damages are capped at $200,000 per person and $300,000 per incident. The question is whether these deaths all occurred as a part of one incident, and thus all parents are required to split the $300,000, or whether each shot fired was a separate incident, and thus entitling each individual claimant to $200,000.

Unfortunately, some are already skewing this to make it appear as if these parents who have lost their children or teens who were seriously injured and traumatized are out for a payday. The reality is firstly that no amount of money is worth the life of your child, and every single one of those moms and dads refuse every dime if it meant they could have their child back. Secondly, even the rate of $200,000 is quite low for a Broward wrongful death case damage award, especially when the decedent is a high school student full of a promise who should have had their whole lives ahead of them.

The biggest reason this matters – one of the primary motivations in all Florida wrongful death claims – is to make such incidents less likely in the future. How?

Consider that 17 people died in that shooting, 14 of them were students. If only just the student’s families’ sought compensation (employees would presumably be covered by workers’ compensation death benefits), that would mean $300,000 split 14 ways, or about $21,000 each. That might cover the funeral expenses and some change. However, presuming each parent is awarded the max per-person $200,000 claim, that’s a total of $2.8 million the school district must pay out. (Several personal injury claimants are not included, so the total amount awarded in the event the court rules in their favor could be higher.)

Obviously, school boards and administrators should want schools to be safe places just for the sake of it. But how much more inclined will they be to add expensive potentially life-saving security features to the school if it’s known there is grave risk to the children and also the school district’s budget?

The Broward County School Board argued that while separate claims exist for each person injured or killed at school, the aggregate cap according to statute is still $300,000.

School Board Asserts Florida Claims Bill is Parents’ Only Alternative

The board submits the only way parents could receive more than that $300,000 cap would be if the Florida Legislature passes what is known as a claim bill. Lawmakers have the ability to take up individual court cases – one-by-one – and instruct government agencies to pay more than what is technically allowed under the law.

Claims bills are rare because they often take years to go through the pipeline – and then on top of that, the entire Florida Legislature needs to agree on it.

Late last year, a Broward County Circuit judge decided the case in favor of the school board. Parents of the slain children and those personally injured appealed, and normally, that would mean getting on the Fourth District Court of Appeal docket. However, the 4th DCA instead certified the case, meaning it was instead sent straight to the Florida Supreme Court, being that it is “a matter of great public importance.”