Auto insurance companies that provide underinsured motorist (UIM) coverage to more than one vehicle in a family don’t want those limits stacked so that it might have to pay three times the limit. Similarly, separate policies that cover the same individuals may have anti-stacking provisions in their plans. 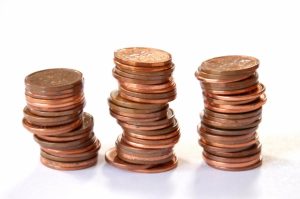 This is totally legal and will be enforced by the courts – so long as the language contained therein is clear and unambiguous. However, if there is any ambiguity in these anti-stacking provisions, the courts will generally decline to apply them. This is important because it can mean doubling or sometimes even tripling the amount to which you are entitled.

Let’s look at one example of this, recently weighed by the Idaho Supreme Court. In Gearhart v. Mutual of Enumclaw Ins. Co., which involved two separate underinsured motorist policies that covered the same young man. The policies written by the same insurance company, but they were separate, one belonging to his mother and another to his father. The couple had previously divorced.

Defendant insurer insisted that anti-stacking language in each of the policies meant plaintiffs could not stack the policies, which were each worth $300,000. That meant the difference between $300,000 in benefits for the seriously injured young man and $600,000 in benefits (minus the $100,000 that had already been paid).

According to court records, plaintiff was in the passenger seat of a vehicle driven by a female teen friend. She was operating her brother’s vehicle. The girl was reportedly negligent and caused a crash. Plaintiff was seriously and permanently injured, suffering a severe brain injury. This resulted in permanent cognitive defects. For purposes of the action before the high court, it was not disputed that plaintiff’s damages as a result of the crash well exceed $600,000.

The insurance policy that covered the negligent driver and her brother (as owner of the vehicle) was exhausted. However, it was nowhere near enough to cover plaintiff’s damages. For this reason, both his parents separately pursued UIM benefits on behalf of their son, to help assist with the cost of his medical care.

Any time an insurer seeks to limit the coverage of the plan (which is well within the firm’s right), the burden is on the insurer to make sure the language used in such provisions is clear and precise. But in this case, the court had this advice to insurers: “Good luck to the average insurance buyer in deciphering the meaning of this provision.”

Specifically, the court was referring to a provision that states that when there is any other policy that applies to the same accident, the maximum limit of liability under all the policies will be the highest applicable limit under any one policy. “Huh?” the court collectively asked. Does this mean we add up all the policy limits and then whatever that sum is, that’s the highest amount payable under any single policy? The court posited that while it would question the advisability of this, but that’s what the language seems to indicate. More likely, the insurer meant that whatever the highest policy limit of those other policies, that’s the most that would be paid. But in this case, this ambiguity, which involves language that is the opposite of clear and precise, is not adequate to restrict coverage. The policy here may be stacked.

If you have a question about stacked coverage following your Fort Lauderdale car accident, we can help.