The estate of an elderly, incapacitated woman who was sexually assaulted by a nursing assistant in an alleged case of nursing home abuse will have to take its case back to trial after a state supreme court reversed a $1.7 million award for damages and ordered the case retried. 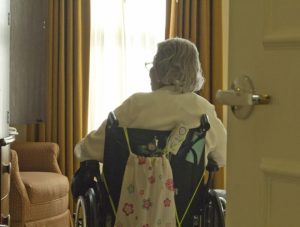 Central to the decision to retry the case was the fact the trial court removed the question of whether the nursing home aide who reportedly raped the woman was acting in the course and scope of employment.

As Broward nursing home injury attorneys can explain, skilled nursing facilities can be held vicariously liable for the negligence and even intentional misconduct/criminal acts of employees – but only if they were acting in the course and scope of employment. This is known as the doctrine of respondeat superior, Latin for “let the master answer.”

In many cases wherein a plaintiff seeks to hold a company accountable for damages inflicted by a worker, key issues will include:

The case went to trial. During jury deliberations, jurors asked whether an employer was as equally liable as an employee who committed a criminal act. The court referred jurors to the jury instructions, which didn’t give any explanation of the course and scope of employment standard. Plaintiff sought to recover $2.3 million, but jurors ultimately awarded $1.75 million.

On appeal, defendant argued that the issue of whether the aide was acting in the course and scope of employment wasn’t the court’s to decide. That should have been up to the jury. The Virginia Supreme Court agreed to review the dispute, and sided with the defense, noting the only stated reason the trial court gave for deciding the conduct in question occurred in the course and scope of employment were the allegations made in the complaint.

Previous courts have held that the job-related-services test means that but for the employee’s wrongful act, the service would otherwise have been authorized by the scope of employment.

In the case of the latter, the nursing home could potentially still be held responsible for direct negligence on other grounds, but not vicariously liable.

If you suspect a loved one has been a victim of nursing home abuse in South Florida, we can help determine whether you have a case, which defendants may be liable and on which legal theories.

Responsibility for the acts of others, July 2010, BUMC Proceedings Journal