No matter how you dice the statistics, Florida has the highest rate – and number – of bicycle accidents in the entire U.S., a fact that has remained fairly consistent for years, illustrated by the growing number of white-painted “ghost bikes” dotting the urban landscapes and intersections. 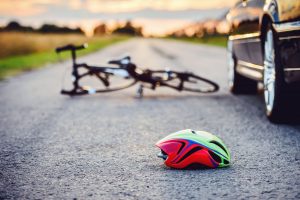 Bicyclists remain among the most vulnerable road users on South Florida streets. The National Highway Traffic Safety Administration (NHTSA) reports in its latest analysis of the issue that of the 856 bicyclists who died in the U.S., 161 of them lost their lives on Florida roads. The only other state that even comes close is California, a state with nearly double our population that reported 131 fatal bike crashes. Of the 3,183 total traffic deaths reported in the Sunshine State in a single recent year (third only to California and Texas), 5.1% of those were bicyclists. The national rate is 0.26%. Delaware technically has a higher percentage rate in this regard, but had 7 total bicyclist deaths that year, compared to our 161. Plus when factoring population, our rate is higher.

This is not a badge we wear proudly by any means, and of course every preventable crash death is one too many – no matter where it is. But our Fort Lauderdale injury lawyers know that this recurring fact does beg the question: What is Florida doing wrong? This question is particularly poignant in areas like Fort Lauderdale, Miami, Tampa-St. Petersburg, Orlando, and Jacksonville, where rates are the highest. END_OF_DOCUMENT_TOKEN_TO_BE_REPLACED