Summers in South Florida – and across the country – are rife with their own risks of child injuries, even excluding the COVID-19 pandemic. But compounding matters this year are a few different factors, including a reluctance by parents to bring their children into the emergency room. However, as noted by a pediatrician writing for The New York Times, delays like this can be painful for the child, and they can cause problems for the doctor. For instance, you can’t stitch a days-old laceration, no matter how sizable. As our Fort Lauderdale child injury lawyers can explain, some injuries can be exacerbated by delaying medical care. Some, like head injuries and those involving internal bleeding, may even prove fatal if they aren’t caught early and treated. 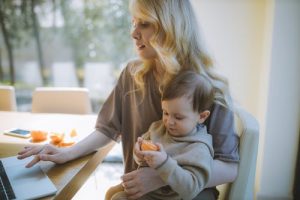 Here, our Fort Lauderdale child injury attorneys details some of the more common child injuries and fatalities reported this summer and what type of situations may allow for legal recourse (compensation for medical bills, lost wages, loss of life enjoyment, pain and suffering, emotional distress and punitive damages). As always, this is not intended to be legal advice, and specific questions and concerns should be addressed in direct consultation with an experienced personal injury lawyer. END_OF_DOCUMENT_TOKEN_TO_BE_REPLACED

Inflatable bounce houses, bounce pillows, space walkers, moon bouncers and slides – all are increasingly popular at community events and private parties in South Florida, a fun attraction for children to release some of that pent-up energy. However, there is a growing body of evidence that inflatable bounce houses and related amusements are anything but safe. Children have been seriously injured and even died. Product liability and premises liability claims may be appropriate. 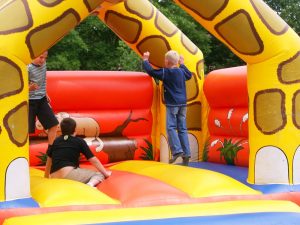 Recently, The Lincoln Journal Star in Nebraska reported a 2-year-old boy died on a recent afternoon when a strong gust of wind blew over the unenclosed inflatable bounce pillow on which he was playing at a pumpkin patch. The boy and his older sister, 5, were at a private event, playing on the pillow with their parents, who both slid off seconds before the gust of wind swept the pillow up, despite being tethered to the ground. The wind gust reportedly clocked in at around 60 mph. The pillow was ripped of its moorings and flew some 30 to 40 feet. The girl was thrown, but the boy reportedly became “wrapped like a taco” inside the inflatable.

The newspaper reported the pumpkin patch owner does carry the requisite liability insurance required of such operations. Such a claim would fall under the umbrella of premises liability, which holds property owners or controllers responsible for dangerous conditions on their property. Our Fort Lauderdale injury lawyers explain that while the number of defendants will be case specific, it’s plausible the child’s parents may have grounds to pursue claims also against the inflatable pillow manufacturer, as well as the event organizer, if a different entity than the pumpkin patch. END_OF_DOCUMENT_TOKEN_TO_BE_REPLACED