South Florida nursing home abuse and neglect is too often being hidden from public scrutiny, thanks to a private federal appeals process that keeps incidents of sexual assault, lack of infectious disease control, and absconding patients. That’s according to a recent investigation by The New York Times, which took a deep dive into such incidents and their impact on the Centers for Medicare and Medicaid Services’ (CMS) rating system for nursing homes. The rating system has been touted as a tool the public can use to reliably assess the safety of long-term care facilities for elderly and vulnerable loved ones. Prior incidents of abuse and safety lapses are supposed to be included in the star-based rating system. But as the journalists uncovered, at least 2,700 dangerous incidents involving nursing home abuse, neglect and negligence were not factored at all. 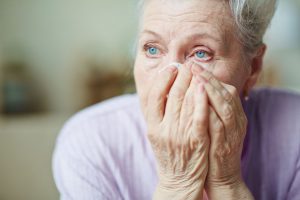 Many of the incidents were identified by state inspectors and verified by the superiors in those agencies. Yet the secretive appeals process meant that those incidents were never made public or counted in the rating system.

The Times and other media outlets have previously identified issues with the system (erroneously entered data can make nursing homes appear both safer and cleaner than they are, and issues with overuse of antipsychotic medications are poorly documented). However, as our Fort Lauderdale nursing home abuse lawyers can explain, the omission of thousands of validated problems uncovered during inspections is deeply troubling because inspections are at the core of the rating system on which the public relies.

On-the-ground inspections of nursing home facilities are the very basis for Care Compare, the site that rates nursing homes throughout the country. These are part of a process intended to improve transparency in facilities that promise to care for society’s most vulnerable. But state inspectors very rarely issue severe citations as it is – even when egregious offenses involving abuse or neglect occur. But even when there are penalties, The Times reported that nursing home administrators have the opportunity to appeal those rulings, almost entirely in secret. When the informal reviews don’t result in the nursing home’s desired outcome, they can appeal to a federal court that is part of the executive branch (in what seems to be a breach of the separation of governmental powers) in a process that is concealed from the public.

Furthermore, even when such citations are affirmed in this secretive federal court process, some of them still never make it into the rating system. In one example, a nursing home in Washington State was slapped with a major penalty for allowing COVID-19 to run rampant in the early days of the pandemic. Yet that citation does not appear on the Care Compare site, on which the facility retains its 5-star rating. The fact that this pattern was noted again and again reveals why nursing homes have a powerful incentive to appeal such allegations – even when wrongdoing appears glaring. Even if they ultimately lose, there’s a decent chance that report will never become public.

Nursing home executives say they should be granted the ability to appeal citations prior to them being made public, as they can be either overturned or downgraded. What they fail to acknowledge, though, is that the appeals process rarely allows patients or their families to participate in the proceedings. END_OF_DOCUMENT_TOKEN_TO_BE_REPLACED