If you’re injured in a Fort Lauderdale car accident, you may be aware that your first avenue to collect damages is personal injury protection (or “PIP”) coverage. This is state-mandated auto insurance that you pay for that will cover a portion of your medical bills and lost wages if you are injured in a Florida car accident – regardless of who is at-fault. However, as our Fort Lauderdale car accident lawyers can explain, PIP is not likely to cover all of your damages – particularly if it was a serious wreck. That is why if someone else caused the crash (or exacerbated your injuries from it), you will want to explore stepping outside of that no-fault system and filing a claim against the at-fault driver. 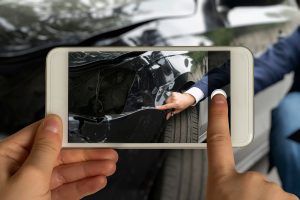 What PIP Does NOT Cover

Although PIP is the go-to for no-fault accident coverage in Florida, it does not cover every scenario, every type of loss – or even every person. The following is a list of what PIP won’t cover:

Other things to note about PIP coverage is claimants have a very short window of time in which to file a claim. PIP claims must be filed within 14 days. If you wait longer to seek medical attention/file your claim, your damages may be limited to $2,500 – or less.

If you have ongoing medical expenses, PIP will only cover those incurred within three years of the crash date. Any long-term medical care or treatment beyond that is likely going to be paid out-of-pocket, unless you take legal action against the other driver.

Note too that PIP coverage also has a deductible, which varies by carrier and policy. Typically, the deductible is about $500. So even if you have $10,000 in coverage, you’d still be paying at least $500 out-of-pocket.

If you have been in a Fort Lauderdale car accident, our injury attorneys offer free initial consultations to advise you of your rights regarding PIP coverage and third-party claims.