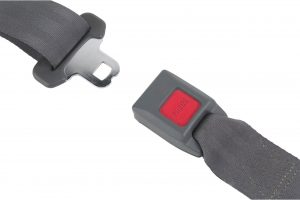 Let’s start with the fact that with very few exceptions, seat belts are required by Florida law for all drivers and passengers in motor vehicles.

Florida’s no-fault car insurance law holds that all vehicle owners must carry personal injury protection (PIP) coverage that provides up to $10,000 in compensation for any insureds injured in a crash with that vehicle – regardless of who was at-fault in causing the crash. An injured person can step outside the state’s no-fault PIP system and pursue a claim for additional monetary damages against any at-fault parties IF their injuries meet the serious injury threshold. As set forth in F.S. 627.737, they must prove their injuries – caused by the crash for which the defendant is responsible – resulted in significant/permanent loss of a bodily function, permanent injury within a reasonable degree of medical probability, significant/permanent scarring/disfigurement or death.

That brings us to the seat belt defense.

What is the Seat Belt Defense?

Because the law mandates that drivers and passengers wear seat belts, and because it’s well-established that failure to do so can significantly exacerbate the injuries one sustains in a Florida car accident, failure to wear one can be grounds to assert contributory negligence, thus reducing the total amount of financial compensation to which one is entitled. This is called the seat belt defense. It’s something that the insurance company (or the defendant, if the case proceeds to litigation) will bring up to reduce the overall damages to which the plaintiff is entitled.

The validity of the seat belt defense was affirmed in the 1996 Florida Supreme Court case of Ridley v. Safety Kleen Corp. That case concerned a 1992 intersection truck accident involving a pickup truck driven by plaintiff and a service truck driven by a cleaning company employee. The injured plaintiff sued the driver/his employer/truck owner for negligence. The defense raised the issue of plaintiff’s failure to wear a seat belt as an affirmative defense. The trial court denied a defense request to instruct the jury on Florida law requiring motorists to wear seat belts. At trial, the jury found the cleaning company 100 percent liable for the crash.

Upon appeal, Florida’s 1st District Court of Appeal reversed, finding the trial court substantially erred in refusing to give the defense instruction on the state’s seat belt law. The court reasoned that because the seat belt violation constituted evidence of negligence, the jury should have been adequately informed of it. The Florida Supreme Court backed the appeals court, finding that failure to wear a seat belt makes a plaintiff comparatively negligent, and their recoverable damages should be proportionally reduced accordingly.

Subsequent rulings have stipulated that in order to prevail with the seat belt defense, defendants in Florida car accident cases must prove three things:

Defense attorneys would be responsible for outlining the extent to which not wearing a seat belt caused the plaintiff’s injuries or financial losses. For instance, one’s failure to wear a seat belt may not cause a crash – but it could contribute to the severity of a head injury, particularly if the car occupant was ejected from the vehicle (a scenario far more likely when someone isn’t wearing a seat belt).

Because the seat belt defense can significantly alter the value of your Fort Lauderdale injury case, it’s imperative you work with an experienced civil injury lawyer, experienced in identifying and presenting relevant evidence in your favor.