Florida venue owners and operators and event organizers have certain legal responsibilities when it comes to keeping properties free of hazards that could harm those lawfully on site – especially if they are paying customers. All known and foreseeable dangers need to be eliminated or else warned of so people can (hopefully) avoid injury. This includes third-party violence, which increasingly across the U.S. includes gun violence – whether they involve individual targets or mass shootings. 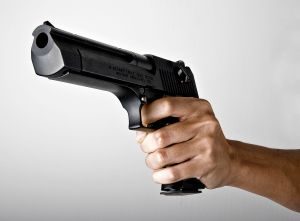 There is extensive legislative and judicial precedent allowing these kind of third-party violence cases against property owners, but prevailing can be challenging. Unlike, say, a slip-and-fall case where a restaurant patient is injured slipping on rainwater tracked in from an entrance at which employees failed to place a mat to absorb the water from wet shoes, shootings aren’t everyday or even yearly occurrences at most venues. That makes establishing the risk of danger as a reasonably foreseeable one to the property owner/ operator a bit trickier. Instead, establishing reasonable foreseeability of violence by showing some combination of:

Every case will be different, but in many cases, it can be argued a venue owner/ operator had negligent security and failed to provide a safe and secure environment. An experienced Fort Lauderdale injury or wrongful death lawyer can offer more specifics once learning more of the circumstances in your case.

Recently, victims of a mass shooting at a Jacksonville, FL mall during a competitive video gaming event that resulted in one death (a husband and new father) and 11 injuries before the shooter committed suicide. Personal injury attorneys for at least one of the victims stated their belief the incident as preventable had the site made sure there was adequate security, pointing out “This is not a time in America for bare bones security, or even worse, no security at all.”

It’s already pointed out that the mall itself was the site of numerous incidents of violence the last several years, including several stabbings and shootings that had the potential to be fatal.

Similar cases have been filed in a number of other recent mass shootings. Victims of the Las Vegas mass shooting have filed claims against the hotel where the shooter had a stockpile of firearms he used like a sniper from an upper floor window. (Those victims are also selling the manufacturer of the bump stocks used.) Lawsuits have also been filed by victims of the Pulse nightclub shooting in Orlando allege the owners of the club were negligent in providing adequate security that night. For instance, the off-duty police officer working the front door left his post to find an individual who tried to enter the club with a phony ID. Had he remained at the front, victims say, he was likely to have been discovered with a basic superficial search.