No one would dare question the late Aretha Franklin’s claim to the Queen of Soul title. However, claims to the estate she left behind may be a bit more difficult to establish. That’s because the “Rolling in the Deep” singer died without leaving a will. 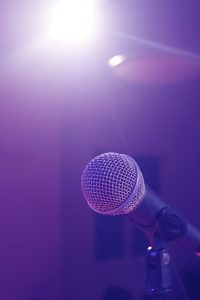 Legally, this is referred to as intestate property. In Florida, we has a statutorily established intestate succession procedure, as outlined in Chapter 732 of Florida Statutes. It’s basically a default guideline for how ones property can lawfully be distributed when someone either dies without a will or whose will has been deemed improperly devised. An individual’s right to the estate and in what proportion is specified based on his or her relationship to the decedent, as well as those of other claimant. It’s important to point out that Florida intestacy could be either partial or whole, depending on whether a person’s will is non-existent/ invalid OR whether only some portions were generated/ validated.

There are a lot of scenarios outlined in an effort to make the process as streamlined as possible. However, if you are a claimant in an intestate property case, it’s wise to have a Fort Lauderdale probate attorney who can help you navigate it with more ease and ensure you receive your fair share. Florida probate litigation laws are lengthy and complex and/ or subjective in several areas, so it’s best to have someone advocating for you in proving your claim is best aligned with your loved one’s wishes.

In the case of Aretha Franklin, the New York Times reported documents filed in a probate court noted her four sons had listed themselves as interested parties, with one indicating Franklin had died intestate. The four nominated one of Franklin’s nieces to be the personal representative of her estate. In Michigan, where these records were filed, the assets of an unmarried person who dies absent a will should be divided equally among all decedent’s children. Although Franklin was twice married, she’d been divorced the last time for many years.

It’s well known that high-profile probate litigation can drag on for many years, often leading to bitter infighting. This is especially true when dealing with something as complicated and potentially difficult to value as music rights. (This is the exact scenario we saw when Prince died two years ago without a will, spawning several familial disputes and the revocation of a music deal worth many millions of dollars.)

Our probate attorneys in Broward County know that while intestate succession is unfortunately fairly common among those who aren’t famous singers, it’s a little puzzling to imagine why people who do have such large estates with potentially conflicting heir agendas haven’t had one generated. It’s been reported that Franklin routinely demanded cash before live performances and kept hear earnings in a bag near her as she sang on stage.

The reality is everyone – regardless of pay grade or fame – should have a will. It will save your family a great deal of time, expense and often heartache, as well as the lingering haunted feeling they may carry of never knowing whether the end result was one you truly would have wanted. Those who wish to keep their finances private can sidestep the probate process entirely by creating a revocable trust for their estate.

Aretha Franklin Died Without a Will, and Estate Issues Loom, Aug. 22, 2018, By Ben Sisario, The New York Times

When Siblings Fight Over a Parent’s Will in Florida, Aug. 30, 2018, Fort Lauderdale Probate Attorney Blog