Stem cell research holds a great deal of promise in addressing some of the most problematic conditions and ailments of humans. That said, it’s still a relatively new science, and treatments haven’t been thoroughly vetted. Initially, this spurred wild growth of stem cell “treatment” clinics in countries like Mexico and China, where medical standards can be more lax than in the U.S. However, we are finding a number of clinics have cropped up in the states as well – sometimes with troubling outcomes. 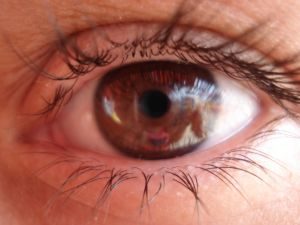 In fact, as recently reported by Scientific American, there are more than 550 clinics across the country that offer interventions for everything from autism to Alzheimer’s disease – and all of these treatments are unproven. Most of these clinics offer help with orthopedic procedures, such as sports injuries or joint pain, and there are some that offer cosmetic procedures, such as face lifts.

In South Florida, as reported recently in a case study published in the New England Journal of Medicine, one of the most serious instances of these rogue treatments was detailed after three women were permanently blinded after undergoing an unproven stem cell “treatment” that was advertised as a clinical trial.

According to The Washington Post, the clinic was able to include its study on a comprehensive list of clinical trials on ClinicalTrials.gov, operated by the federal government, which gave patients the impression they were participating in a study that was sanctioned by the government.

Prior to these treatments, the women, in their 70s and 80s, reportedly suffered some vision loss. The clinical trial was for help in restoring their vision. Instead, two of the patients were blindsided by detached retinas following the treatment. This resulted in permanent blindness. An investigation has concluded the botched treatment may have been the result of stem cell contamination. Another possible culprit is the stem cells morphing into scar-related cells. Still, even if the clinic had done the procedure 100 percent properly, there isn’t any solid evidence it would have helped restore their vision.

Each patient paid $5,000 a piece for the procedure, in which they underwent a liposuction procedure to remove fat from the abdomen. From there, stem cells were separated from the fat and those cells were injected directly into patients’ eyes.

Industry watchdogs say the fact that the patients were charged a fee was the first red flag that this wasn’t actually a legitimate clinical trial. The other red flag is that, as with any major eye procedure, the clinic treated both eyes at the same time, rather than seeing how one eye fared with the treatment before initiating the same treatment on the other. This standard cautionary measure ensures that if something does go wrong, a patient will at least retain some degree of sight.

The women have since settled personal injury claims against the South Florida clinic, which shuttered its “clinical trial” for vision loss. However, it still has ongoing trials for degenerative disc disease and chronic obstructive pulmonary disease (COPD).

Part of the problem is the ongoing dispute over how these stem cell clinics should be regulated. As it stands, the U.S. Food & Drug Administration allows the use of one’s own stem cells for various treatments without its approval if the procedures meet certain guidelines. Those include requiring the cells not be greatly manipulated and that the cells taken are intended for the original function. But by that definition, taking abdominal fat cells to treat eye impairment would likely not meet the standard.