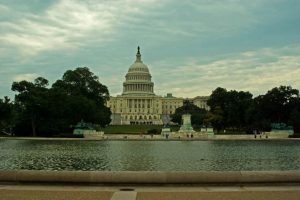 Proponents of the measure say it is a necessary means to lower the number of “frivolous lawsuits” that drive up health care costs for everyone else. Of course, this assertion has been disproven time and again. Take for example the Florida Supreme Court’s decision in 2014 rejecting a 2003 medical malpractice law and lambasting the legislature for manufacturing an alleged medical malpractice crisis that didn’t exist to pass unnecessary tort reform. In a 5-2 ruling, the court suggested lawmakers created the crisis to cap damages on medical malpractice cases, which saves a modest amount of money for many at a “devastating” cost on a few – namely those who have suffered the most severe and egregious injuries due to medical negligence or defective medical products. The law was ultimately deemed unconstitutional under the state’s equal protection clause.

The new federal bill would allow doctors to decrease their use of diagnostic tests and services to combat so-called “defensive medicine,” which they allege drives up the cost of care. However, opponents of the bill note that it would deny full recovery of damages to victims of medical malpractice, including those who had suffered an egregious medical error, such as when an object is left inside a patient’s body during surgery or when surgery is conducted on the wrong body part. Even in those cases, the bill would limit damage recovery to $250,000 in non-economic damages (which includes damages for pain and suffering).

In addition, another measure coined the “Fairness in Class Action Litigation Act” would allow class-action lawsuits to continue in federal court only if every person in the class presented the same type and scope of injury.

And yet another law, called the Lawsuit Abuse Reduction Act, would mandate federal judges impose sanctions on attorneys whose lawsuits are later deemed to be frivolous. As our Fort Lauderdale personal injury attorneys can explain, the effect could be chilling. Attorneys would be reticent to bring even valid claims with the threat of sanctions looming over them.

There has been criticism that that proponents of tort reform measures (which in years past had failed to gain much traction) are now moving at lightning speed through the House – without congressional hearings. Even some Republicans have been critical of this fact, citing a lack of transparency in the process as troubling.